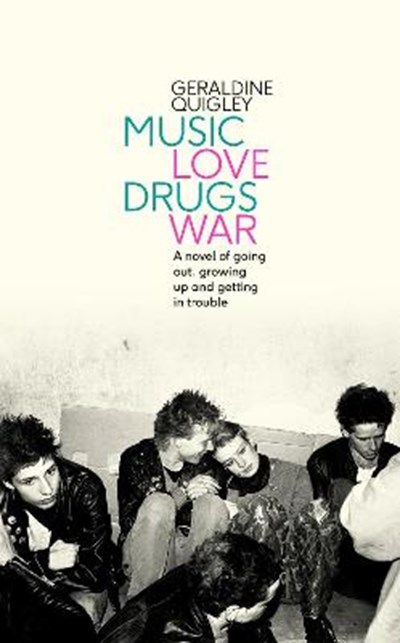 Publisher: Penguin Books Ltd
ISBN: 9780241354131
Number of Pages: 288
Published: 10/01/2019
Width: 14.4 cm
Height: 22.2 cm
Description Author Information Reviews
'A clever multiple-narrative account of teenage kicks and sectarian strife in early 80s Northern Ireland . . . this debut marks out Quigley as a writer of compassion and humour' Guardian The end of the school year is approaching, and siblings Paddy and Liz McLaughlin, Christy Meehan, Kevin Thompson and their friends will soon have to decide what they're going to do with the rest of their lives. But it's hard to focus when there's the allure of their favourite hangout place, the dingy 'Cave', where they go to drink and flirt and smoke. Most days, Christy, Paddy and Kevin lie around listening to Dexys and Joy Division. Through a fog of marijuana, beer and budding romance, the future is distant and unreal. But this is Derry in 1981, and they can't ignore the turmoil of the outside world. A friend is killed, and Christy and Paddy, stunned out of their stupor, take matters into their own hands. Some choices are irreversible, and choosing to fight will take hold of their lives in ways they never imagined. With humour and compassion, Geraldine Quigley reveals the sometimes slippery reasons behind the decisions we make, and the unexpected and intractable ways they shape our lives. 'A novel that is warm but also unsettling and exhilarating. That's some feat' Roddy Doyle 'A poignant and powerful coming-of-age story' Sunday Mirror

Geraldine Quigley was born in 1964. She worked in retail for many years and gained a degree in Irish History and Politics at Magee College, University of Ulster, as a mature student. It was in her late forties that she began writing. She currently works and lives in Derry with her husband. Music Love Drugs War is her first novel.