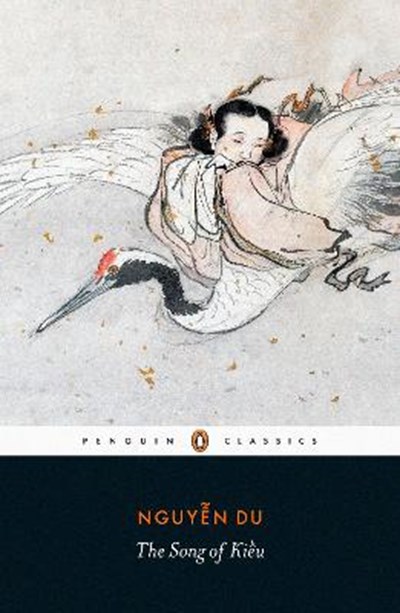 QTY
Add to Basket
Publisher: Penguin Books Ltd
ISBN: 9780241360668
Number of Pages: 240
Published: 25/04/2019
Width: 12.9 cm
Height: 19.8 cm
Description Author Information Reviews
'An essential book for anyone invested, not only in Vietnamese literature, but the historic power of the national epic . . . and its perennial place in our species' efforts toward self-knowledge. Tim Allen's new translation offers clean fluidity while honouring the original's varied rhythms and jagged lyricism. A luminous feat.' Ocean Vuong, winner of the 2017 T. S. Eliot Prize Ever since it exploded into Vietnam's cultural life two centuries ago, The Song of Kieu has been one of that nation's most beloved and defining central myths. It recounts the tragic fate of the beautiful singer and poet Kieu, who agrees to marry to save her family from debt but is tricked into working in a brothel. Over the course of a swift-moving story involving kidnap, war, jealous wives and rebel heroes, she will become a queen, wife, nun, slave, victim and avenger, surviving through the strength of her words and her wits alone. Translated with an introduction by Timothy Allen

Nguyen Du (1766-1820) was born into turbulent times. His mother (a singer-songwriter) and his father (a poet, historian and senior figure in the Le dynasty that had ruled Vietnam for centuries) died before he reached his teens; the Le dynasty itself was overthrown in 1789 by a peasant uprising. When that uprising was in turn crushed (1802), Nguyen Du reluctantly accepted a diplomatic post in what would become Vietnam's final dynasty. Outwardly respectful to his new masters, he wroteThe Song of Kieu secretly, as an act of private rebellion. It remains perhaps the greatest masterpiece of Vietnamese literature.