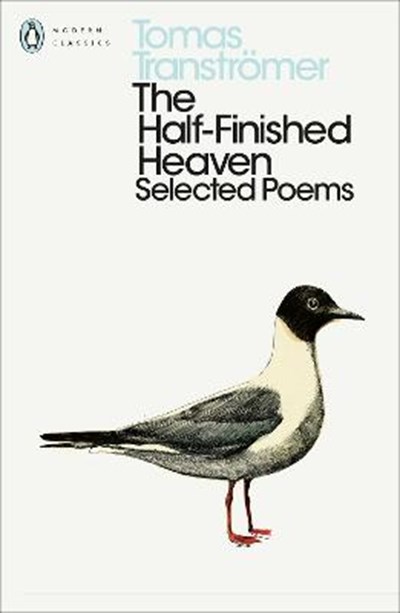 QTY
Add to Basket
Publisher: Penguin Books Ltd
ISBN: 9780241362822
Number of Pages: 144
Published: 27/09/2018
Width: 12.9 cm
Height: 19.8 cm
Description Author Information Reviews
Over the course of his career, Tomas Transtroemer - a poet who could look on the barren isolation of Sweden's landscapes and seascapes like no other, and find in them something hauntingly transcendent - emerged as one of the 20th century's essential global voices. By the time he won the Nobel Prize in Literature in 2011, his luminous, almost mystical work had been translated into more than 50 languages. Gathering his poems from the early, nature-focused work to the later poetry's widening of the scope to take in painting, travel, urban life, and the impositions of technology on the natural world, and stirred throughout by the poet's profound love of music, The Half-Finished Heaven is a unique selection from Transtroemer's work. It is also, in its way, a deeply intimate one: the poems hand-picked here are not only the most beloved, but also those which were translated in the course of Transtroemer's nearly thirty-year correspondence with his close friend and collaborator, the American poet Robert Bly. Few names are more strongly associated with Transtroemer's; and few people have understood not only his poetry, but the processes behind it, more profoundly. The result is perhaps the best English-language introduction to this great and strange poet's work that there could be.

Tomas Transtroemer was born in Stockholm, Sweden, in 1931, and spent his career as a psychologist. His poetry has been translated into more than fifty languages. He received the Nobel Prize in Literature in 2011, and numerous other honours from around the world during his lifetime. He died on March 26, 2015.