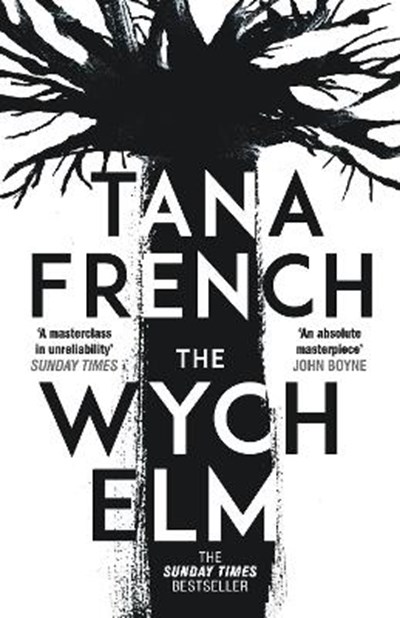 Publisher: Penguin Books Ltd
ISBN: 9780241379509
Number of Pages: 528
Published: 21/02/2019
Width: 13.2 cm
Height: 20.4 cm
Description Author Information Reviews
From the writer whose novels inspired the BBC's Dublin Murders TV series... 'One of the most compulsive psychological mysteries since Donna Tartt's The Secret History' THE TIMES 'An engrossing, unpredictable, beautifully written mystery' SOPHIE HANNAH 'Dark and twisty' SUNDAY TIMES 'Mesmerising' GILLIAN FLYNN 'I'm a big fan of Tana French' IAN RANKIN ________________________________________ WHAT DO WE HIDE INSIDE OURSELVES? One night changes everything for Toby. He's always led a charmed life - until a brutal attack leaves him damaged and traumatised, unsure even of the person he used to be. He seeks refuge at his family's ancestral home, the Ivy House, filled with memories of wild-strawberry summers and teenage parties with his cousins. But not long after Toby's arrival, a discovery is made: a skull, tucked neatly inside the old wych elm in the garden. As detectives begin to close in, Toby is forced to examine everything he thought he knew about his family, his past, and himself. A spellbinding book from a novelist who takes crime writing and turns it inside out, The Wych Elm asks what we become, and what we're capable of, if we no longer know who we are. ________________________________________ 'The Wych Elm should cement French's place in the first rank of great literary novelists 'Observer 'This book confirms Tana French as [crime fiction's] biggest contemporary star' Guardian 'French offers a masterclass in unreliability' Sunday Times 'Terrific - terrifying, amazing, and the prose is incandescent' Stephen King 'Another one of her rich psychological thrillers that will work its way under your skin' Lucy Mangan, Stylist 'To say Tana French is one of the great thriller writers is really too limiting. Rather she's simply this: a truly great writer' Gillian Flynn 'This mystery about family, memory and the cracks in both will haunt you for a long, long time' Erin Kelly

Tana French is the Sunday Times and New York Times-bestselling author of In the Woods, The Likeness, Faithful Place, Broken Harbour, The Secret Place, The Trespasser and The Wych Elm. Her books have won awards including the Edgar, Anthony, Barry and Macavity awards, the LA Times Book Prize for Best Mystery/Thriller and the Irish Book Award for Best Crime Fiction. She grew up in Ireland, Italy, the US and Malawi, and trained as an actor at Trinity College Dublin. She lives in Dublin with her family.