The burning case for a green new deal 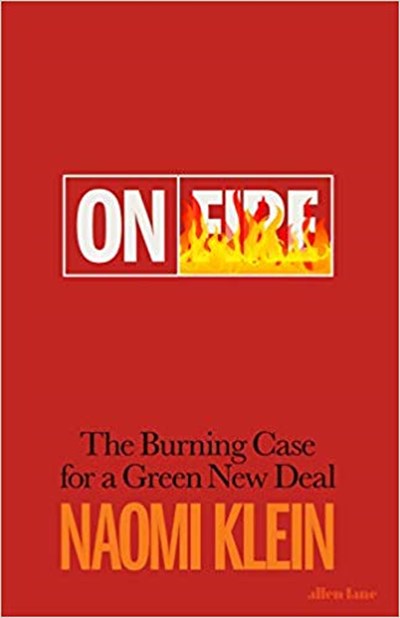 The burning case for a green new deal

QTY
Add to Basket
Publisher: Allen Lane
ISBN: 9780241410721
Number of Pages: 320
Published: 17/09/2019
Width: 16.2 cm
Height: 24 cm
Description Author Information Reviews
For more than twenty years Naomi Klein's books have defined our era, chronicling the exploitation of people and the planet and demanding justice. On Fire gathers for the first time more than a decade of her impassioned writing from the frontline of climate breakdown, and pairs it with new material on the staggeringly high stakes of what we choose to do next. Here is Klein at her most prophetic and philosophical, investigating the climate crisis not only as a profound political challenge but also as a spiritual and imaginative one. Delving into topics ranging from the clash between ecological time and our culture of 'perpetual now,' to rising white supremacy and fortressed borders as a form of 'climate barbarism,' this is a rousing call to action for a planet on the brink. With dispatches from the ghostly Great Barrier Reef, the smoke-choked skies of the Pacific Northwest, post-hurricane Puerto Rico and a Vatican attempting an unprecedented 'ecological conversion,' Klein makes the case that we will rise to the existential challenge of climate change only if we are willing to transform the systems that produced this crisis. This is the fight for our lives. On Fire captures the burning urgency of the climate crisis, as well as the energy of a rising political movement demanding change now

Naomi Klein is an award-winning journalist, syndicated columnist and author of the international bestsellers No Logo, The Shock Doctrine, This Changes Everything: Capitalism vs the Climate, and No Is Not Enough: Defeating the New Shock Politics. In 2017 she joined The Intercept as Senior Correspondent. Recent articles have also appeared in the Guardian, The Nation, The New York Times, the New Yorker and Le Monde. In November 2016 she was awarded the Sydney Peace Prize in Australia.