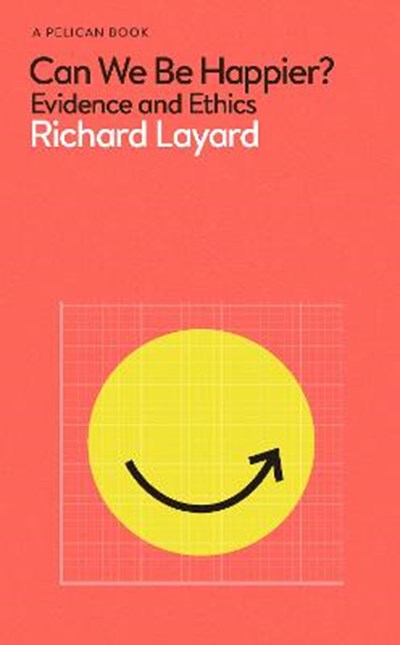 QTY
Add to Basket
Publisher: Penguin Books Ltd
ISBN: 9780241429990
Number of Pages: 416
Published: 23/01/2020
Width: 14.4 cm
Height: 22.2 cm
Description Author Information Reviews
Most people now realise that economic growth, however desirable, will not solve all our problems. Instead, we need a philosophy and a science which encompasses a much fuller range of human need and experience. This book argues that the goal for a society must be the greatest possible all round happiness, and shows how each of us can become more effective creators of happiness, both as citizens and in our own organisations. Written with Richard Layard's characteristic clarity, it provides hard evidence that increasing happiness is the right aim, and that it can be achieved. Its language is simple, its evidence impressive, its effect inspiring. 'In this book 'Can We Be Happier?' which is part of Richard Layard's excellent, ongoing exploration of what happiness is and how it can be achieved, he provides evidence that if you have peace of mind and are full of joy, your health will be good, your family will be happy and that happiness will affect the atmosphere of the community in which you live.' The Dalai Lama

Richard Layard (Author) Richard Layard is founder and former director of the Centre for Economic Performance at the London School of Economics. He is the author of the ground-breaking Happiness: Lessons from a New Science (2005), which has been published in nineteen languages, and (with David Clark) Thrive: The Power of Psychological Therapies (2014). He is co-editor (with John Helliwell and Jeffrey Sachs) of the annual World Happiness Report, and has been instrumental in the development of improving access to psychological therapies in the UK. George Ward (Author) George Ward is a researcher at the Massachusetts Institute of Technology.