Book in the Cathedral

The Last Relic of Thomas Becket 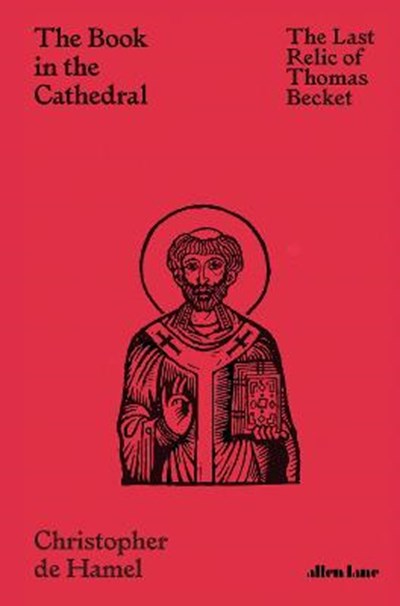 Book in the Cathedral

The Last Relic of Thomas Becket

eBook FAQ
Add to Basket
Publisher: Penguin Books Ltd
ISBN: 9780241469583
Number of Pages: 64
Published: 06/08/2020
Width: 13.8 cm
Height: 20.4 cm
Description Author Information Reviews
From the bestselling author of Meetings With Remarkable Manuscripts, a captivating account of the last surviving relic of Thomas Becket The assassination of Thomas Becket in Canterbury Cathedral on 29 December 1170 is one of the most famous events in European history. It inspired the largest pilgrim site in medieval Europe and many works of literature from Chaucer's Canterbury Tales to T. S. Eliot's Murder in the Cathedral and Anouilh's Becket. In a brilliant piece of historical detective work, Christopher de Hamel here identifies the only surviving relic from Becket's shrine: the Anglo-Saxon Psalter which he cherished throughout his time as Archbishop of Canterbury, and which he may even have been holding when he was murdered. Beautifully illustrated and published to coincide with the 850th anniversary of the death of Thomas Becket, this is an exciting rediscovery of one of the most evocative artefacts of medieval England.

In the course of a long career at Sotheby's Christopher de Hamel probably handled and catalogued more illuminated manuscripts and over a wider range than anyone else alive. He is a Fellow of Corpus Christi College, Cambridge, and was Librarian of the Parker Library from 2000 to 2016, which holds many of the earliest manuscripts in English language and history, including the Psalter of Becket. Christopher de Hamel is the author of A History of Illuminated Manuscripts and Meetings with Remarkable Manuscripts, which won the Wolfson History Prize and the Duff Cooper Prize in 2016. He is a Fellow of the Society of Antiquaries and the Royal Historical Society.