How to Survive the Climate Upheaval 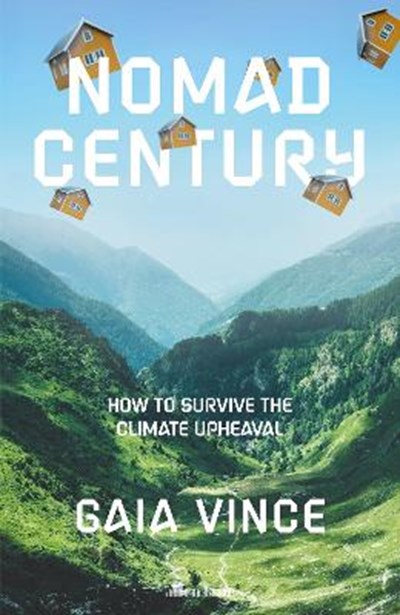 How to Survive the Climate Upheaval

QTY
Add to Basket
Publisher: Penguin Books Ltd
ISBN: 9780241522318
Number of Pages: 288
Published: 25/08/2022
Width: 16.2 cm
Height: 24 cm
Description Author Information Reviews
An urgent investigation of the most underreported, seismic consequence of climate change: how it will force us to change where - and how - we live We are facing a species emergency. With every degree of temperature rise, a billion people will be displaced from the zone in which humans have lived for thousands of years. While we must do everything we can to mitigate the impact of climate change, the brutal truth is that huge swathes of the world are becoming uninhabitable. From Bangladesh to Sudan to the western United States, and in cities from Cardiff to New Orleans to Shanghai, the quadruple threat of drought, heat, wildfires and flooding will utterly reshape Earth's human geography in the coming decades. In this rousing call to arms, Royal Society Science Book Prize-winning author Gaia Vince describes how we can plan for and manage this unavoidable climate migration while we restore the planet to a fully habitable state. The vital message of this book is that migration is not the problem - it's the solution. Drawing on a wealth of eye-opening data and original reporting, Vince shows how migration brings benefits not only to migrants themselves, but to host countries, many of which face demographic crises and labour shortages. As Vince describes, we will need to move northwards as a species, into the habitable fringes of Europe, Asia and Canada and the greening Arctic circle. While the climate catastrophe is finally getting the attention it deserves, the inevitability of mass migration has been largely ignored. In Nomad Century, Vince provides, for the first time, an examination of the most pressing question facing humanity.

Gaia Vince is an honorary senior research fellow at UCL and a science writer and broadcaster interested in the interplay between humans and the planetary environment. She has held senior editorial posts at Nature and New Scientist, and her writing has appeared in the Guardian, The Times and Scientific American. Her research takes her across the world: she has visited more than 60 countries, lived in three and is currently based in London. In 2015, she became the first woman to win the Royal Society Science Book of the Year Prize solo for her debut, Adventures in the Anthropocene.