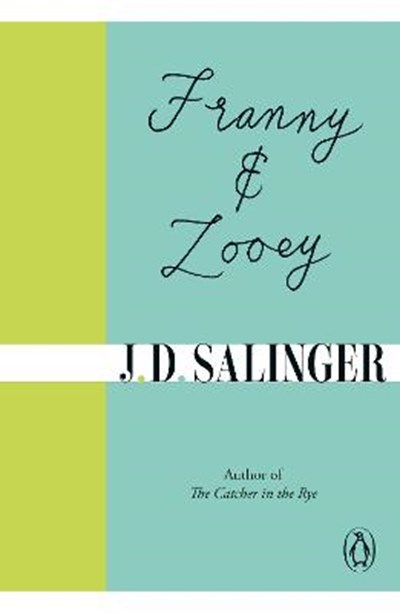 QTY
Add to Basket
Publisher: Penguin Books Ltd
ISBN: 9780241950449
Number of Pages: 160
Published: 04/03/2010
Width: 12.9 cm
Height: 19.8 cm
Description Author Information Reviews
A sharp and poignant snapshot of the crises of youth - from the acclaimed author of The Catcher in the Rye 'Everything everybody does is so - I don't know - not wrong, or even mean, or even stupid necessarily. But just so tiny and meaningless and - sad-making. And the worst part is, if you go bohemian or something crazy like that, you're conforming just as much only in a different way.' First published in the New Yorker as two sequential stories, 'Franny' and 'Zooey' offer a dual portrait of the two youngest members of J. D. Salinger's fictional Glass family. 'Salinger's masterpiece' Guardian

J. D. Salinger was born in 1919 and died in January 2010. He grew up in New York City and wrote short stories from an early age, but his breakthrough came in 1948 with the publication in the New Yorker of 'A Perfect Day for Bananafish'. The Catcher in the Rye was his first and only novel, published in 1951. It remains one of the most translated, taught and reprinted texts, and has sold over 65 million copies worldwide. He went on to write three further, critically acclaimed, best-selling works of fiction: Franny and Zooey, For Esme - With Love And Squalor and Raise High the Roof Beam, Carpenters, and Seymour - An Introduction. Salinger continued to write throughout his life and left behind a large body of unpublished work.