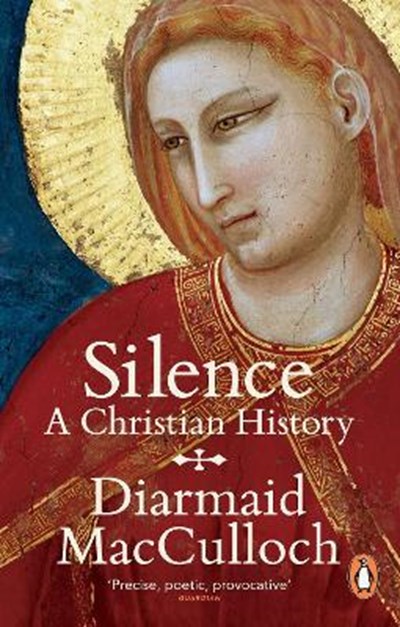 eBook FAQ
Add to Basket
Publisher: Penguin Books Ltd
ISBN: 9780241952320
Number of Pages: 352
Published: 10/04/2014
Width: 12.9 cm
Height: 19.8 cm
Description Author Information Reviews
This book unravels a polyphony of silences from the history of Christianity and beyond. MacCulloch considers Judaeo-Christian borrowings from Greek explorations of the divine, and the silences which were a feature of Jesus's brief ministry. Besides prayer and contemplation, there are shame and evasion; careless and purposeful forgetting. Many deliberate silences are revealed: the forgetting of histories inconvenient to later Church authorities, and Christianity's problems in dealing honestly with sexuality. Behind all this is the silence of God. In a deeply personal conclusion, MacCulloch brings a message of optimism for those still seeking God beyond the clamour of over-confident certainties.

Diarmaid MacCulloch is Professor of the History of the Church at Oxford University. His Thomas Cranmer (1996) won the Whitbread Biography Prize, the James Tait Black Prize and the Duff Cooper Prize; Reformation: Europe's House Divided 1490-1700 (2004) won the Wolfson Prize and the British Academy Prize. A History of Christianity (2010), which was adapted into a six-part BBC television series, was awarded the Cundill and Hessel-Tiltman Prizes. His Gifford Lectures at the University of Edinburgh were published in 2013 as Silence: A Christian History. His most recent television series (2015) was Sex and the Church. He was knighted in 2012.