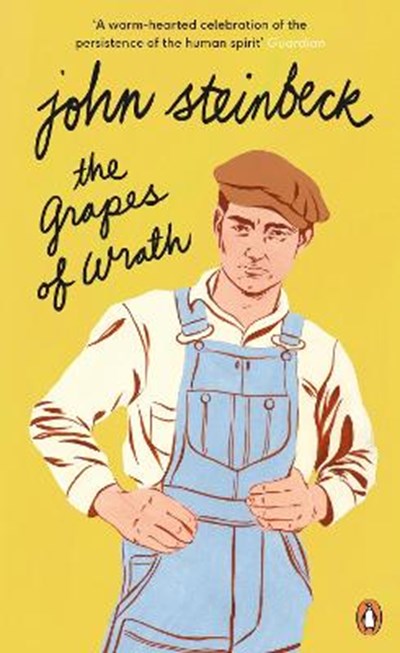 QTY
Add to Basket
Publisher: Penguin Books Ltd
ISBN: 9780241980347
Number of Pages: 544
Published: 06/07/2017
Width: 11.1 cm
Height: 18.1 cm
Description Author Information Reviews
Winner of the Pulitzer Prize, The Grapes of Wrath is an epic human drama, with a stunning new cover by renowned artist Bijou Karman. 'To the red country and part of the gray country of Oklahoma, the last rains came gently, and they did not cut the scarred earth.' Drought and economic depression are driving thousands from Oklahoma. As their land becomes just another strip in the dust bowl, the Joads, a family of sharecroppers, decide they have no choice but to follow. They head west, towards California, where they hope to find work and a future for their family. But while the journey to this promised land will take its inevitable toll, there remains uncertainty about what awaits their arrival . . . 'Magnificent' New York Times 'Steinbeck's writings form a photograph album of America' Guardian 'There is no more impressive writer on either side of the Atlantic' Time and Tide 'A novelist who is also a true poet' Sunday Times

John Steinbeck (1902-68) is remembered as one of the greatest and best-loved American writers of the twentieth century. During the 1930s, his works included The Red Pony, Pastures of Heaven, Tortilla Flat, In Dubious Battle, and Of Mice and Men. The Grapes of Wrath, published in 1939, earned him a Pulitzer Prize. In 1962, he was awarded the Nobel Prize for Literature.