The Bible and the Historian 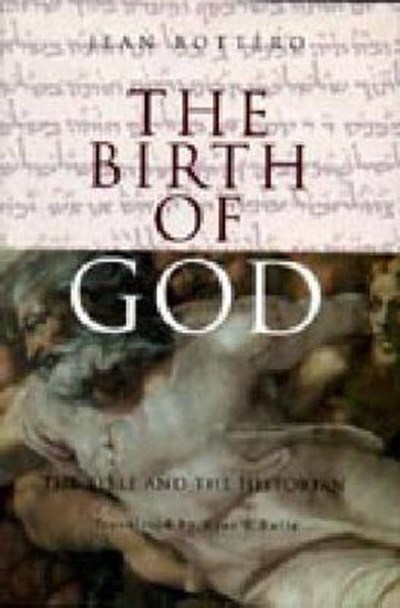 The Bible and the Historian

Publisher: Pennsylvania State University Press
ISBN: 9780271020617
Number of Pages: 256
Published: 15/04/2003
Width: 15.2 cm
Height: 22.9 cm
Description Author Information Reviews
For many people today, the Hebrew Bible is the one supreme channel through which the Word of God was transmitted to humanity. In The Birth of God, Jean Bottero, one of the world's leading figures in Ancient Near Eastern Studies, approaches the Bible from a different perspective. He sees in it an astounding variety of documents that reveal much of their time of origin, historical events, and climates of thought. Therefore, we owe to the Bible at least the same respect we give to Homer, Shakespeare, and other classics of world literature. The Birth of God addresses questions that "educated people" usually avoid when the topic of the Bible comes up: What is the Bible if we consider it a historical document? Bottero is fully aware of the special place the Bible has in the circles of many faithful Jews and Christians, but he focuses on the need for an understanding of Israel as a major root of our entire Western tradition. With grace and insight, he brings out the extraordinary originality of Israel's questions and ideas, many of which have shaped our thinking ever since. In Bottero's hands, Moses, Job, Isaiah, Jeremiah, and other familiar figures take on real life and present to us thoughts we might never have associated with the Bible. He also treats such topics as the origins of the world according to the Bible and original sin. In one remarkable chapter, Bottero offers a new translation of Ecclesiastes, which casts this biblical book in an entirely new light. Bottero is a scholar of rare abilities. Internationally respected for his work as a philologist, literary critic, and historian, he is also adept at writing for a popular audience. The Birth of God has been widely read in France, where it was first published in 1986. With this expert translation, English-speaking readers can now enjoy the book for the first time. Upon reading it, many a reader is likely to reflect: "Whenever I have said 'God,' in whatever tone of voice, could I ever have meant anyone else than the God of the Bible?"

Jean Bottero, a scholar of rare abilities, is Director Emeritus of Assyriology in the Department of Philology and History at the Ecole pratique des hautes etudes. Bottero's other books include Mesopotamia: Writing, Reasoning, and the Gods (1992) and a volume on ancient Mesopotamian cuisine.