From Protest to Persecution in the Century After Saint Francis 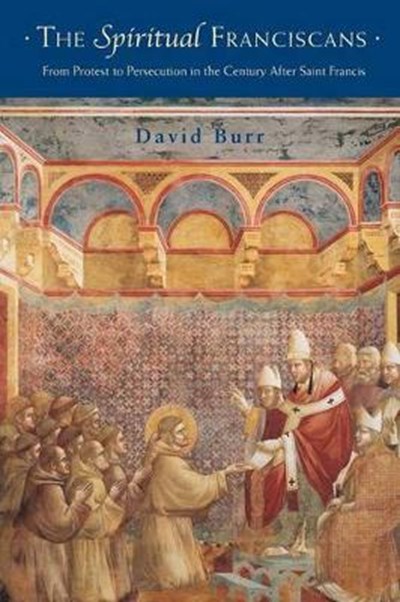 From Protest to Persecution in the Century After Saint Francis

Publisher: Pennsylvania State University Press
ISBN: 9780271023090
Number of Pages: 440
Published: 15/10/2003
Width: 15.2 cm
Height: 22.9 cm
Description Author Information Reviews
Winner of the 2002 John Gilmary Shea Prize and the 2002 Howard R. Marraro Prize of the American Catholic Historical Association. When Saint Francis of Assisi died in 1226, he left behind an order already struggling to maintain its identity. As the Church called upon Franciscans to be bishops, professors, and inquisitors, their style of life began to change. Some in the order lamented this change and insisted on observing the strict poverty practiced by Francis himself. Others were more open to compromise. Over time, this division evolved into a genuine rift, as those who argued for strict poverty were marginalized within the order. In this book, David Burr offers the first comprehensive history of the so-called Spiritual Franciscans, a protest movement within the Franciscan order. Burr shows that the movement existed more or less as a loyal opposition in the late thirteenth century, but by 1318 Pope John XXII and leaders of the order had combined to force it beyond the boundaries of legitimacy. At that point the loyal opposition turned into a heretical movement and recalcitrant friars were sent to the stake. Although much has been written about individual Spiritual Franciscan leaders, there has been no general history of the movement since 1932. Few people are equipped to tackle the voluminous documentary record and digest the sheer mass of research generated by Franciscan scholars in the last century. Burr, one of the world's leading authorities on the Franciscans, has given us a book that will define the field for years to come.

David Burr is Professor Emeritus of History at Virginia Tech. He is the author of numerous other books, including Olivi's Peaceable Kingdom: A Reading of The Apocalypse Commentary (1993).