From Visual Representation to Social Drama 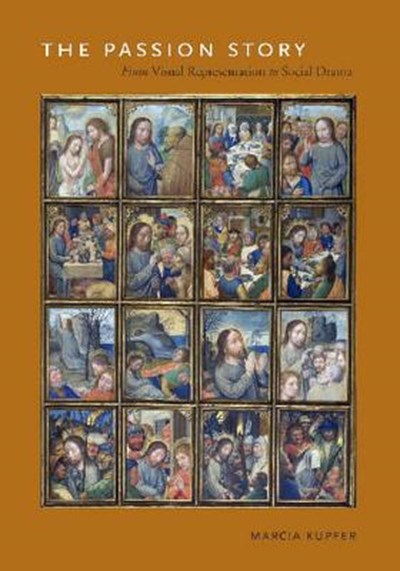 From Visual Representation to Social Drama

Publisher: Pennsylvania State University Press
ISBN: 9780271033075
Number of Pages: 306
Published: 03/10/2008
Width: 17.8 cm
Height: 25.4 cm
Description Author Information Reviews
No story is more central to Western culture than the crucifixion of Jesus Christ in the New Testament, and none better demonstrates the power of representation in shaping religious faith and practice. The incidence of Passion imagery in diverse media is fundamental to the histories of Christian piety, church politics, and art in European and American societies. At the same time, the visualization and reenactment of Christ's suffering has for centuries been the principal engine generating popular perceptions of Jews and Judaism. The provocative essays collected here, written by eminent scholars with an eye toward the nonspecialist reader, broadly survey the depiction and dramatization of the Passion and consider the significance of this representational focus for both Christians and Jews. This anthology provides a unique, multifaceted overview of a subject of enduring importance in today's religiously pluralistic societies. Contributors include Robin Blaetz, Stephen Campbell, Jody Enders, Christopher Fuller, James Marrow, Walter Melion, David Morgan, David Nirenberg, Adele Reinhartz, Miri Rubin, Lisa Saltzman, and Marc Saperstein.

Marcia Kupfer is an independent scholar. She is the author of The Art of Healing: Painting for the Sick and the Sinner in a Medieval Town (Penn State, 2003) and Romanesque Wall Painting in Central France: The Politics of Narrative (1993).

"Marcia Kupfer has assembled an impressive group of world-class scholars, writing across the spectrum of media, periods, and methodologies. This very readable collection of essays offers a rich investigation of a perpetually timely topic. The essays on film, in particular, break new ground." - Peter Decherney, University of Pennsylvania"