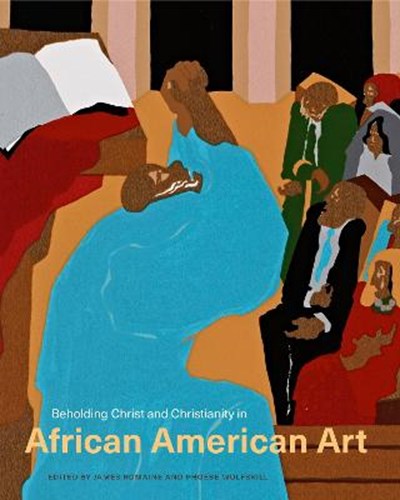 Publisher: Pennsylvania State University Press
ISBN: 9780271077758
Number of Pages: 204
Published: 01/11/2018
Width: 20.3 cm
Height: 25.4 cm
Description Author Information Reviews
Many of the most celebrated African American artists have created works that visually manifest Christian motifs and themes, yet this component of the history of African American art is often subsumed by attention to racial identity. This volume constructs a vivid new history of African American art by exploring biblical and Christian subjects and themes in the work of such noted artists as Romare Bearden, Edmonia Lewis, Archibald Motley, Henry O. Tanner, and James VanDerZee. Focusing on the work of artists who came to maturity between the Civil War and the Civil Rights Era, the contributors show how engaging with religious themes has served to express an array of racial, political, and socio-economic concerns for African American artists. Through a close analysis of aesthetic techniques and choices, each author considers race but does not assume it as a predominant factor. Instead, the contributors assess artworks' formal, iconographic, and thematic participation in the history of Christianity and the visual arts. In doing so, this collection refuses to lay a single claim on black religiosity, culture, or art, but rather explores its diversity and celebrates the complexity of African American visual expression. In addition to the editors, the contributors are Kirsten Pai Buick, Julie Levin Caro, Jacqueline Francis, Caroline Goeser, Amy K. Hamlin, Kymberly N. Pinder, Richard J. Powell, Edward M. Puchner, Kristin Schwain, James Smalls, Carla Williams, and Elaine Y. Yau.

James Romaine is Associate Professor of Art History at Lander University in Greenwood, South Carolina. He is president and co-founder of the Association of Scholars of Christianity in the History of Art. His most recent book is Art as Spiritual Perception. Phoebe Wolfskill is Assistant Professor in the Department of African American and African Diaspora Studies at Indiana University, Bloomington, and author of Archibald Motley Jr. and Racial Reinvention.