Anglican Communion at a Crossroads

The Crises of a Global Church 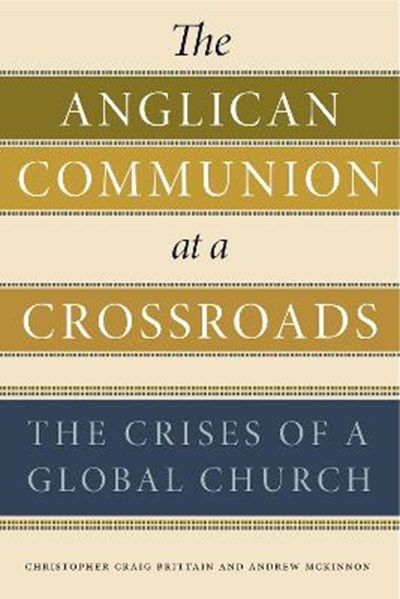 Anglican Communion at a Crossroads

The Crises of a Global Church

QTY
Add to Basket
Publisher: Pennsylvania State University Press
ISBN: 9780271080901
Number of Pages: 264
Published: 17/04/2018
Width: 15.2 cm
Height: 22.9 cm
Description Author Information Reviews
Worldwide debates over issues of sexuality and gender have come to a head in recent years in mainline and evangelical churches, with the Anglican Communion-a worldwide network of churches that trace their practice to Canterbury and claim some 85 million members-among the most publicly visible sites of contestation. This thorough and compelling analysis of the conflicts within the Communion argues that they are symptoms of long-simmering issues that must be addressed when Anglican bishops and archbishops meet at the 2020 Lambeth Conference. To many, the disagreements over such issues as LGBTQ clergy, same-sex marriage, and women's ordination suggest an insurmountable crisis facing Anglicans, one that may ultimately end the Communion. Christopher Craig Brittain and Andrew McKinnon argue otherwise. Drawing on extensive empirical research and interviews with influential Anglican leaders, they show how these struggles stem from a complex interplay of factors, notably the forces and effects of globalization, new communications technology, and previous decisions made by the Communion. In clarifying both the theological arguments and social forces at play as the bishops and primates of the Anglican Communion prepare to set the Church's course for the next decade, Brittain and McKinnon combine sociological and theological methodologies to provide both a nuanced portrait of Anglicanism in a transnational age and a primer on the issues with which the Lambeth Conference will wrestle. Insightful, informative, and thought-provoking, The Anglican Communion at a Crossroads is an invaluable resource for understanding the debates taking place in this worldwide community. Those interested in Anglicanism, sexuality and the Christian tradition, the sociology of religion, and the evolving relationship between World Christianity and churches in the Global North will find it indispensable.

Christopher Craig Brittain is Dean of Divinity and Margaret E. Fleck Chair in Anglican Studies at Trinity College, University of Toronto. His publications include A Plague on Both Their Houses: Liberal vs. Conservative Christians and the Divorce of the Episcopal Church USA, Religion at Ground Zero: Theological Responses to Times of Crises, and The Weight of Objectivity: Critical Social Theory and Theology. Andrew McKinnon, a sociologist of religion, is Senior Lecturer of Sociology at the University of Aberdeen.