John Jewel and the Elizabethan Church 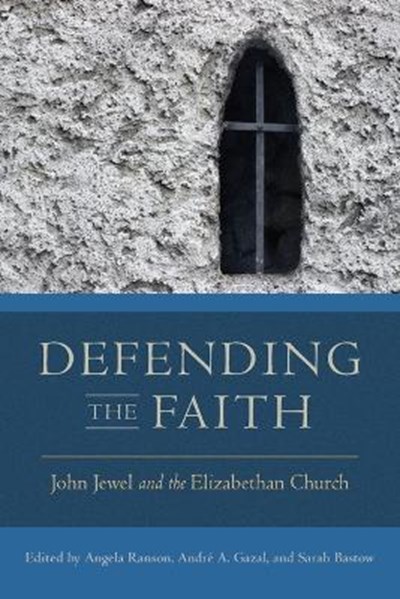 John Jewel and the Elizabethan Church

QTY
Add to Basket
Publisher: Pennsylvania State University Press
ISBN: 9780271082097
Number of Pages: 352
Published: 15/06/2022
Width: 15.2 cm
Height: 22.9 cm
Description Author Information Reviews
This volume brings together a diverse group of Reformation scholars to examine the life, work, and enduring significance of John Jewel, bishop of Salisbury from 1560 to 1571. A theologian and scholar who worked with early reformers in England such as Peter Martyr Vermigli, Martin Bucer, and Thomas Cranmer, Jewel had a long-lasting influence over religious culture and identity. The essays included in this book shed light on often-neglected aspects of Jewel's work, as well as his standing in Elizabethan culture not only as a priest but as a leader whose work as a polemicist and apologist played an important role in establishing the authority and legitimacy of the Elizabethan Church of England. The contributors also place Jewel in the wider context of gender studies, material culture, and social history. With its inclusion of a short biography of Jewel's early life and a complete list of his works published between 1560 and 1640, Defending the Faith is a fresh and robust look at an important Reformation figure who was recognized as a champion of the English Church, both by his enemies and by his fellow reformers. In addition to the editors, contributors to this volume are Andrew Atherstone, Ian Atherton, Paul Dominiak, Alice Ferron, Paul A. Hartog, Torrance Kirby, W. Bradford Littlejohn, Aislinn Muller, Joshua Rodda, and Lucy Wooding.

Angela Ranson earned her doctorate from the University of York in 2014. She has had articles published in Sin and Salvation in Reformation England and Paul's Cross and the Culture of Persuasion in England, 1520-1640. Andre A. Gazal teaches church history at North Greenville University and is the author of Scripture and Royal Supremacy in Tudor England: The Use of Old Testament Historical Narrative. Sarah Bastow is Head of History at the University of Huddersfield and the author of The Catholic Gentry of Yorkshire, 1536-1642: Resistance and Accommodation.