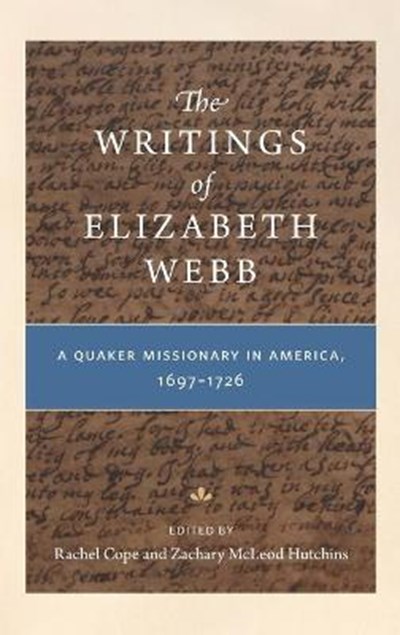 Publisher: Pennsylvania State University Press
ISBN: 9780271082226
Number of Pages: 240
Published: 09/01/2019
Width: 15.2 cm
Height: 22.9 cm
Description Author Information Reviews
This comprehensive collection brings together every extant text known to have been penned by Elizabeth Webb, a missionary for the Society of Friends who traveled and taught in England and America during the seventeenth and eighteenth centuries. Webb's work circulated widely in manuscript form during her lifetime, but has since become scarce. This annotated collection reintroduces her as a major contributor to women's writing and religious thought in early America. Her autobiographical works highlight the importance of ecstatic or visionary experiences in the construction of Quaker identity and illustrate the role that women played in creating religious and social networks. Webb used the book of Revelation as a lens through which to comprehend episodes from American history, and her commentary on the book characterized the colonization of New England as a sign of the end times. Eighteenth-century readers looked to her commentary for guidance during the American War of Independence. Her unique take on Revelation was not only impactful in its own day, but puts contemporary understanding of eighteenth-century Quaker quietism into new perspective. Collecting the earliest known writings by an American Quaker, and one of the earliest by an American woman, this annotated volume rightly places Webb in the company of colonial women writers such as Anne Bradstreet, Mary Rowlandson, and Sarah Kemble Knight. It will be an invaluable resource for scholars of early America, women's history, religious history, and American literature.

Rachel Cope is Associate Professor of Church History at Brigham Young University and coeditor of Family Life in Britain and America, 1690-1820. Zachary McLeod Hutchins is Assistant Professor of English at Colorado State University and author of Inventing Eden: Primitivism, Millennialism, and the Making of New England.