Powerless Church and Other Selected Writings, 1955-1985 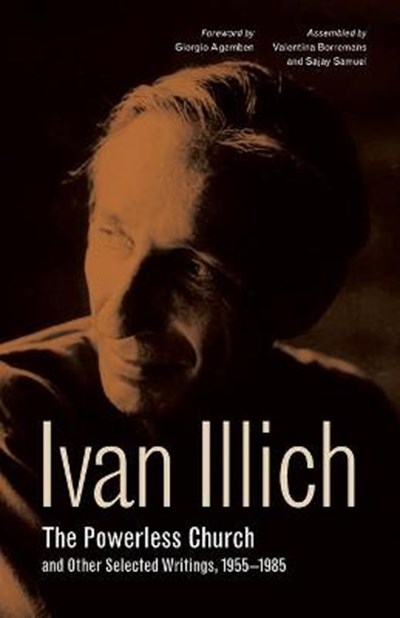 Powerless Church and Other Selected Writings, 1955-1985

Publisher: Pennsylvania State University Press
ISBN: 9780271082295
Number of Pages: 192
Published: 11/11/2019
Width: 14 cm
Height: 21.6 cm
Description Author Information Reviews
Dalmatian-Austrian philosopher, Roman Catholic priest, and radical cultural critic Ivan Illich is best known for polemical writings such as Deschooling Society and Tools for Conviviality, which decried Western institutions of the 1970s. This collection brings together Illich's shorter writings from his early publications through the rise of his remarkable intellectual career, making available works that had fallen into undue obscurity. A fervent critic of Western Catholicism, Illich also addressed contemporary practices in fields from education and medicine to labor and socioeconomic development. At the heart of his work is his opposition to the imperialistic nature of state- and Church-sponsored missionary activities. His deep understanding of Church history, particularly the institutions of the thirteenth century, lent a historian's perspective to his critique of the Church and other twentieth-century institutions. The Powerless Church and Other Selected Writings, 1955-1985 comprises some of Illich's most salient and influential short works as well as a foreword by philosopher Giorgio Agamben. Featuring writings that had previously appeared in now-defunct publications, this volume is an indispensable resource for readers of Illich's longer works and for scholars of philosophy, religion, and cultural critique.

Ivan Illich (1926-2002), a philosopher, theologian, and historian, was considered one of the most important and lucid thinkers of the second half of the twentieth century. He was the author of several books, including Celebration of Awareness, Medical Nemesis, Gender, and In the Vineyard of the Text. He was Visiting Professor of Philosophy and of Science, Technology, and Society at Penn State University in the 1980s and 1990s.