Light in Their Consciences 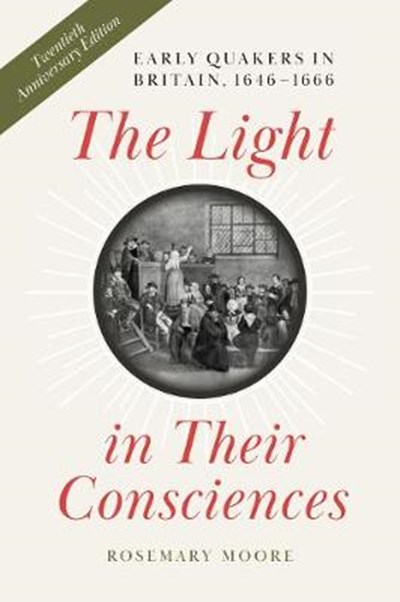 Light in Their Consciences

eBook FAQ
Add to Basket
Publisher: Pennsylvania State University Press
ISBN: 9780271085890
Number of Pages: 350
Published: 24/01/2020
Width: 15.2 cm
Height: 22.9 cm
Description Author Information Reviews
Hailed upon its publication as "history at its finest" by H. Larry Ingle and called "the essential foundation to explore early Quaker history" by Sixteenth Century Journal, Rosemary Moore's The Light in Their Consciences is the most comprehensive, readable history of the first decades of the life and thought of The Society of Friends. This twentieth anniversary edition of Moore's pathbreaking work reintroduces the book to a new generation of readers. Drawing on an innovative computer-based analysis of primary sources and Quaker and anti-Quaker literature, Moore provides compelling portraits of George Fox, James Nayler, Margaret Fell, and other leading figures; relates how the early Friends lived and worshipped; and traces the path this radical group followed as it began its development into a denomination. In doing so, she makes clear the origins and evolution of Quaker faith, details how they overcame differences in doctrinal interpretation and religious practice, and delves deeply into clashes between and among leaders and lay practitioners. Thoroughly researched, felicitously written, and featuring a new introduction, updated sources, and an enlightening outline of Moore's research methodology, this edition of The Light in Their Consciences belongs in the collection of everyone interested in or studying Quaker history and the era in which the movement originated.

An active member of The Society of Friends since 1954, Rosemary Moore is an honorary staff member with the Centre for Research in Quaker Studies at Woodbrooke. She is coauthor of The Quakers, 1656-1723: The Evolution of an Alternative Community, also published by Penn State University Press.