The Postmortem Cesarean Operation in the Spanish Empire 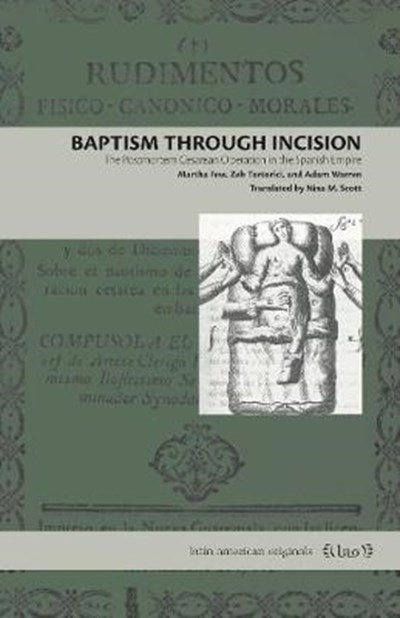 The Postmortem Cesarean Operation in the Spanish Empire

eBook FAQ
Add to Basket
Publisher: Pennsylvania State University Press
ISBN: 9780271086071
Number of Pages: 152
Published: 19/02/2020
Width: 14 cm
Height: 21.6 cm
Description Author Information Reviews
In 1786, Guatemalan priest Pedro Jose de Arrese published a work instructing readers on their duty to perform the cesarean operation on the bodies of recently deceased pregnant women in order to extract the fetus while it was still alive. Although the fetus's long-term survival was desired, the overarching goal was to cleanse the unborn child of original sin and ensure its place in heaven. Baptism Through Incision presents Arrese's complete treatise-translated here into English for the first time-with a critical introduction and excerpts from related primary source texts. Inspired by priests' writings published in Spain and Sicily beginning in the mid-eighteenth century, Arrese and writers like him in Peru, Mexico, Alta California, Guatemala, and the Philippines penned local medico-religious manuals and guides for performing the operation and baptism. Comparing these texts to one another and placing them in dialogue with archival cases and print culture references, this book traces the genealogy of the postmortem cesarean operation throughout the Spanish Empire and reconstructs the transatlantic circulation of obstetrical and scientific knowledge around childbirth and reproduction. In doing so, it shows that knowledge about cesarean operations and fetal baptism intersected with local beliefs and quickly became part of the new ideas and scientific-medical advancements circulating broadly among transatlantic Enlightenment cultures. A valuable resource for scholars and students of colonial Latin American history, the history of medicine, and the history of women, reproduction, and childbirth, Baptism Through Incision includes translated excerpts of works by Spanish surgeon Jaime Alcala y Martinez, Mexican physician Ignacio Segura, and Peruvian friar Francisco Gonzalez Laguna, as well as late colonial Guatemalan instructions, and newspaper articles published in the Gazeta de Mexico, the Gazeta de Guatemala, and the Mercurio Peruano.