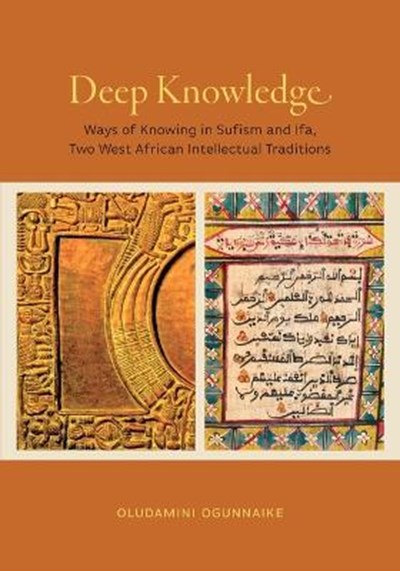 Publisher: Pennsylvania State University Press
ISBN: 9780271086910
Number of Pages: 480
Published: 29/11/2021
Width: 17.8 cm
Height: 25.4 cm
Description Author Information Reviews
This book is an in-depth, comparative study of two of the most popular and influential intellectual and spiritual traditions of West Africa: Tijani Sufism and Ifa. Employing a unique methodological approach that thinks with and from-rather than merely about-these traditions, Oludamini Ogunnaike argues that they contain sophisticated epistemologies that provide practitioners with a comprehensive worldview and a way of crafting a meaningful life. Using theories belonging to the traditions themselves as well as contemporary oral and textual sources, Ogunnaike examines how both Sufism and Ifa answer the questions of what knowledge is, how it is acquired, and how it is verified. Or, more simply: What do you know? How did you come to know it? How do you know that you know? After analyzing Ifa and Sufism separately and on their own terms, the book compares them to each other and to certain features of academic theories of knowledge. By analyzing Sufism from the perspective of Ifa, Ifa from the perspective of Sufism, and the contemporary academy from the perspective of both, this book invites scholars to inhabit these seemingly "foreign" intellectual traditions as valid and viable perspectives on knowledge, metaphysics, psychology, and ritual practice. Unprecedented and innovative, Deep Knowledge makes a significant contribution to cross-cultural philosophy, African philosophy, religious studies, and Islamic studies. Its singular approach advances our understanding of the philosophical bases underlying these two African traditions and lays the groundwork for future study.

Oludamini Ogunnaike is Assistant Professor of African Religious Thought and Democracy at the University of Virginia.