Christian Intellectuals and the Roman Empire

From Justin Martyr to Origen 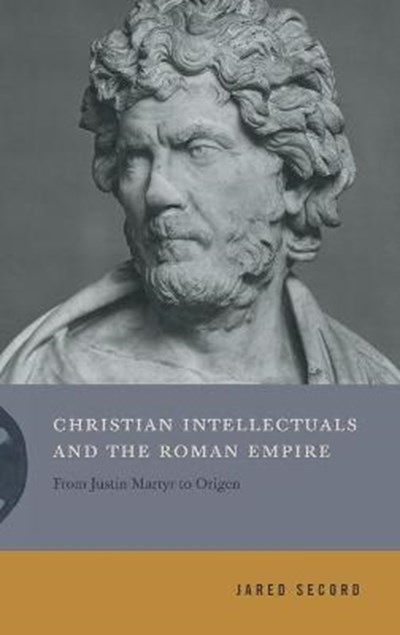 Christian Intellectuals and the Roman Empire

From Justin Martyr to Origen

eBook FAQ
Add to Basket
Publisher: Pennsylvania State University Press
ISBN: 9780271087078
Number of Pages: 214
Published: 15/09/2020
Width: 15.2 cm
Height: 22.9 cm
Description Author Information Reviews
Early in the third century, a small group of Greek Christians began to gain prominence and legitimacy as intellectuals in the Roman Empire. Examining the relationship that these thinkers had with the broader Roman intelligentsia, Jared Secord contends that the success of Christian intellectualism during this period had very little to do with Christianity itself. With the recognition that Christian authors were deeply engaged with the norms and realities of Roman intellectual culture, Secord examines the thought of a succession of Christian literati that includes Justin Martyr, Tatian, Julius Africanus, and Origen, comparing each to a diverse selection of his non-Christian contemporaries. Reassessing Justin's apologetic works, Secord reveals Christian views on martyrdom to be less distinctive than previously believed. He shows that Tatian's views on Greek culture informed his reception by Christians as a heretic. Finally, he suggests that the successes experienced by Africanus and Origen in the third century emerged as consequences not of any change in attitude toward Christianity by imperial authorities but of a larger shift in intellectual culture and imperial policies under the Severan dynasty. Original and erudite, this volume demonstrates how distorting the myopic focus on Christianity as a religion has been in previous attempts to explain the growth and success of the Christian movement. It will stimulate new research in the study of early Christianity, classical studies, and Roman history.

Jared Secord is an academic strategist at the University of Calgary.