Nun in the Synagogue 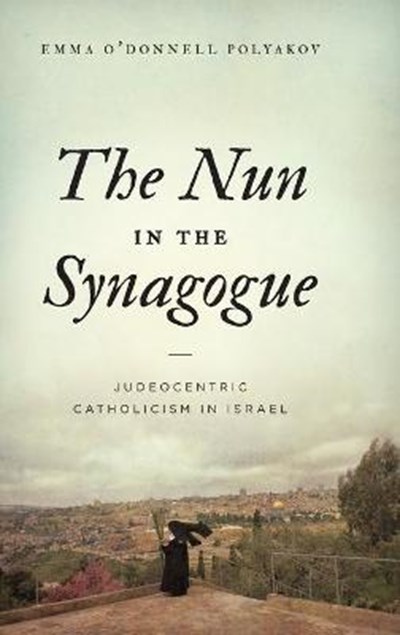 Nun in the Synagogue

eBook FAQ
Add to Basket
Publisher: Pennsylvania State University Press
ISBN: 9780271087252
Number of Pages: 242
Published: 11/09/2020
Width: 15.2 cm
Height: 22.9 cm
Description Author Information Reviews
The Nun in the Synagogue documents the religious and cultural phenomenon of Judeocentric Catholicism that arose in the wake of the Holocaust, fueled by survivors who converted to Catholicism and immigrated to Israel as well as by Catholics determined to address the anti-Judaism inherent in the Church. Through an ethnographic study of selected nuns and monks, Emma O'Donnell Polyakov explores how this Judeocentric Catholic phenomenon began and continues to take shape in Israel. This book is a case study in Catholic perceptions of Jews, Judaism, and the state of Israel during a time of rapidly changing theological and cultural contexts. In it, Polyakov listens to and analyzes the stories of individuals living on the border between Christian and Jewish identity-including Jewish converts to Catholicism who continue to harbor a strong sense of Jewish identity and philosemitic Catholics who attend synagogue services every Shabbat. Polyakov traces the societal, theological, and personal influences that have given rise to this phenomenon and presents a balanced analysis that addresses the hermeneutical problems of interpreting Jews through Christian frameworks. Ultimately, she argues that, despite its problems, this movement signals a pluralistic evolution of Catholic understandings of Judaism and may prove to be a harbinger of future directions in Jewish-Christian relations. Highly original and methodologically sophisticated, The Nun in the Synagogue is a captivating exploration of biographical narratives and reflections on faith, conversion, Holocaust trauma, Zionism, and religious identity that lays the groundwork for future research in the field.

Emma O'Donnell Polyakov is Assistant Professor of Religious and Theological Studies at Merrimack College, the author of Remembering the Future: The Experience of Time in Jewish and Christian Liturgy, and the editor of Antisemitism, Islamophobia, and Interreligious Hermeneutics: Ways of Seeing the Religious Other.