Pietism and the Sacraments

The Life and Theology of August Hermann Francke 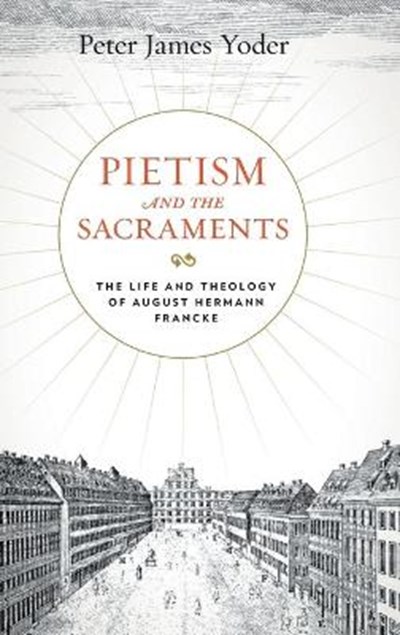 Pietism and the Sacraments

The Life and Theology of August Hermann Francke

eBook FAQ
Add to Basket
Publisher: Pennsylvania State University Press
ISBN: 9780271088006
Number of Pages: 220
Published: 15/12/2020
Width: 15.2 cm
Height: 22.9 cm
Description Author Information Reviews
Considered by many to be one of the most influential German Pietists, August Hermann Francke lived during a moment when an emphasis on conversion was beginning to produce small shifts in how the sacraments were defined-a harbinger of later, more dramatic changes to come in evangelical theology. In this book, Peter James Yoder uses Francke and his theology as a case study for the ecclesiological stirrings that led to the rise of evangelicalism and global Protestantism. Engaging extensively with Francke's manuscript sermons and writings, Yoder approaches Francke's life and religious thought through his theology of the sacraments. In doing so, Yoder delivers key insights into the structure of Francke's Pietist thought, providing a rich depiction of his conversion-driven theology and how it shaped his views of the sacraments and the church. The first in-depth study of Francke's theology written for an English-speaking audience, this book supports recent scholarship in English that not only challenges long-held assumptions about Pietism but also argues for the role of Pietism's influence on the changing religious landscape of the eighteenth century. Through his examination of Francke's theology of the sacraments, Yoder presents a fresh view into the eighteenth-century ecclesiological developments that caused a rupture with the dogmas of the Reformation. Original and vital, this study recognizes Francke's importance to the history of Pietism in Germany and beyond. It will become the standard reference on Francke for American audiences and will influence scholarship on Lutheranism, Pietism, early modern German studies, and eighteenth-century history and religion.