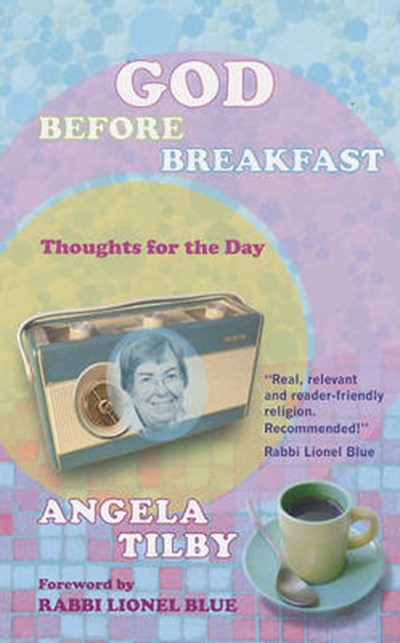 Publisher: SPCK Publishing
ISBN: 9780281056279
Number of Pages: 128
Published: 22/04/2005
Width: 12.9 cm
Height: 19.8 cm
Description Author Information Reviews
Angela Tilby's 'Thoughts for the Day' from the popular Radio 4 programme Over recent years, Angela Tilby has broadcast many 'Thoughts for the Day', 76 of which are compiled in this book. Her 'thoughts' range over such subjects as disasters and crime, personal and ethical issues, how society is organised, relations between faiths and significant people (ranging from Herod to Harold Shipman, David Kelly to Mother Teresa). Chapter headings include 'Islam', 'School prayers', 'Mugabe', 'Separating twins'. 'Money and the Queen'. 'God is on both sides', Good Friday Agreement', 'Unemployment' and 'St. George the Palestinian'.

Angela Tilby is a former BBC Religion producer, and is now Vice-President of Westcott House, Cambridge. She is among the more successful presenters of Thought for the Day.