Faith And The Power Of Imagination 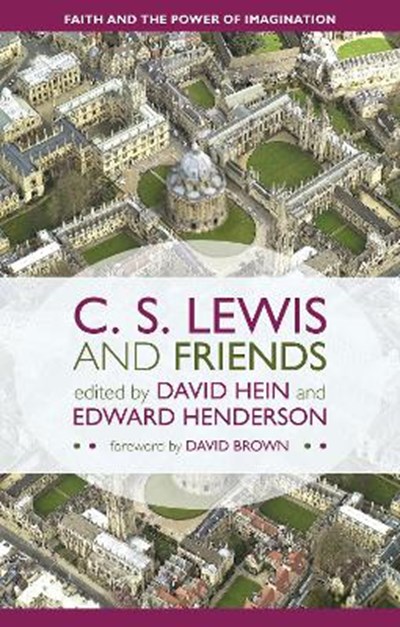 Faith And The Power Of Imagination

QTY
Add to Basket
Publisher: SPCK Publishing
ISBN: 9780281062249
Number of Pages: 176
Published: 17/02/2011
Width: 13.8 cm
Height: 21.6 cm
Description Author Information Reviews
C. S. Lewis is one of the best loved and most engaging Christian writers and he continues to be a powerful defender of the faith. It is in his imaginative fiction that his genius finds its fullest expression and makes its most lasting theological contribution. Famously, Lewis had friends - smart, creative people, who, like him, employed powerful imaginations to explore the profundities of Christian faith and their struggles with their faith. This book of illuminating essays has been written by an international team of Lewis scholars.

Edward Hugh Henderson is Professor of Philosophy and the Jaak Seynaeve Professor of Christian Studies at Louisiana State University. He is co-editor of two collections of essays about Farrer: with Brian Hebblethwaite, Divine Action: Studies Inspired by the Philosophical Theology of Austin Farrer (T&T Clark 1990), and with David Hein, Captured by the Crucified: The Practical Theology of Austin Farrer (T&T Clark 2004). David Hein is Professor of Religion and Philosophy at Hood College, in Frederick, Maryland. His articles on C. S. Lewis, Rose Macaulay, Austin Farrer, and related subjects have appeared in Theology, the Anglican Theological Review, the Sewanee Theological Review, the Anglican Digest, and other well-known periodicals.