How Four Patriarchs, Three Queens And Two Emperors Decided What Christians Would Believe 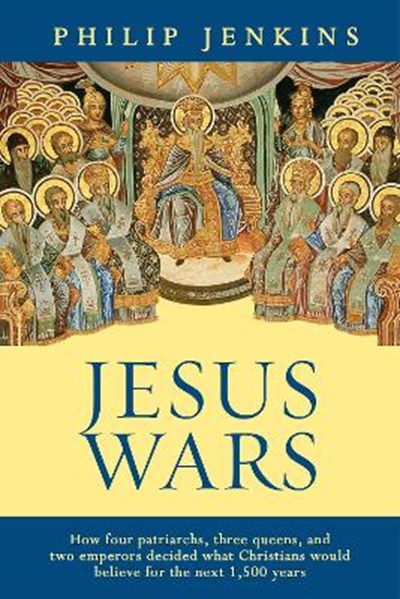 How Four Patriarchs, Three Queens And Two Emperors Decided What Christians Would Believe

Publisher: SPCK Publishing
ISBN: 9780281063338
Number of Pages: 352
Published: 20/05/2010
Width: 15.2 cm
Height: 22.8 cm
Description Author Information Reviews
Tells the fascinating, violent story of the Church's fifth century battles over 'right belief' that had a far greater impact on the future of Christianity and the world than the much-touted Council of Nicea convened by Constantine a century before.

Philip Jenkins is one of the world's foremost scholars of religion. He has a joint appointment as the Edwin Erle Sparks Professor of the Humanities in History and Religious Studies at Penn State University and the Distinguished Senior Fellow of the Institute for Studies of Religion at Baylor University.

"In showing general readers how he finds fresh ideas and the resurrections of past teachings invigorating to religious studies, Jenkins provides an accessible book . . . the book enlightens readers on the backstory to current Christian divisions . . . "--Library Journal