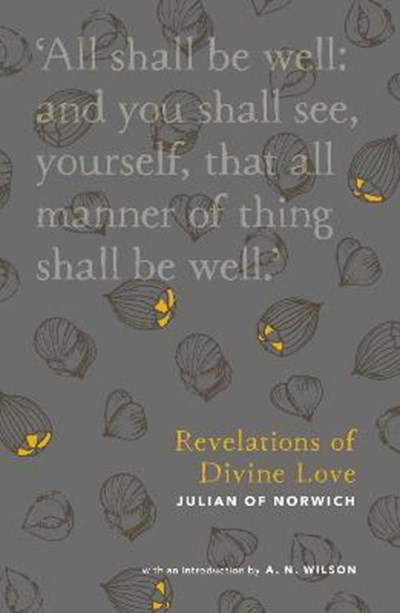 Join now Find out more
Publisher: SPCK Publishing
ISBN: 9780281077076
Published: 19/01/2017
Description Author Information Reviews
Julian of Norwich, the famous fourteenth-century anchoress, was seriously ill and preparing for death when she received a series of 16 visions of the passion of Christ. As a result of these visions, she dedicated the rest of her life to solitary prayer, and wrote down the content of the visions, which became the first book in English known to have been written by a woman. The first vision includes her famous meditation on the hazelnut, which for her becomes an image of God's love because God made it, loves it and keeps it. 'The most original and revolutionary reading of Christ's gospel since that of St Paul.' (A. N. Wilson, from the Introduction).

A. N. Wilson is a writer and columnist, the author of many biographies (ranging from Hilaire Belloc and Tolstoy to C. S. Lewis and Dante) and a number of works of fiction; known for his religious views; has presented a number of television programmes.