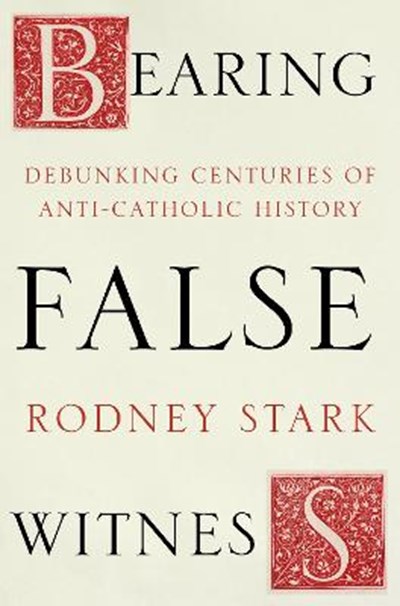 QTY
Add to Basket
Publisher: SPCK Publishing
ISBN: 9780281077748
Number of Pages: 276
Published: 16/03/2017
Width: 15.6 cm
Height: 23.4 cm
Description Author Information Reviews
The following historical statements all appear in well-established textbooks, and have become part of our common culture. Which of them would you say are true? * The Catholic Church incited and actively colluded in nearly two millennia of anti-Semitic violence, and Pope Pius XII is still rightfully known as 'Hitler's Pope'. * Only recently have we become aware of ancient and remarkably enlightened Christian gospels, which narrow-minded Catholic authorities tried to suppress. * Once in power as the official Church of Rome, Christians quickly and brutally persecuted paganism out of existence. * The fall of Rome and the ascendancy of the Church precipitated Europe's decline into a millennium of ignorance and backwardness, which lasted until the Renaissance. * Initiated by the pope, the Crusades were but the first bloody chapter in the history of unprovoked and brutal Christian colonialism. * The Spanish Inquisition tortured and murdered huge numbers of innocent people for 'imaginary' crimes, such as witchcraft and blasphemy. * The Catholic Church persecuted and tried to suppress scientists such as Galileo, and the Scientific 'Revolution' therefore occurred mainly in more tolerant Protestant societies. * Being entirely comfortable with slavery, the Catholic Church did nothing to oppose its introduction in the New World, or to make it more humane. * Until very recently, Catholicism's hierarchical view of the ideal state has resulted in its bitter resistance to all efforts to establish more liberal governments and its eager support for right-wing dictators. * It was the Protestant Reformation that broke the repressive Catholic grip on progress and ushered in capitalism, religious freedom and the modern world. In this powerful and persuasive book Rodney Stark subjects these and other widely-held beliefs to a rigorous historical assessment. He gives a compelling account of how each of them became accepted as the conventional wisdom, how egotism and ideology often worked together to create false or highly distorted pictures of people and events, and how we need to work hard to recover the truth if we're to undo the cultural damage that centuries of anti-Catholic history has done.

Rodney Stark is Distinguished Professor of the Social Sciences and Co-Director of the Institute for Studies of Religion at Baylor University, Texas. He is Founding Editor of the Interdisciplinary Journal of Research on Religion, Honorary Professor of Sociology at Peking University in Beijing, China, and past president of the Society for the Scientific Study of Religion and of the Association for the Sociology of Religion. His bestselling book The Rise of Christianity was a Pulitzer Prize Finalist and three of his other books have received Distinguished Book Awards. Raised as a Lutheran, he has identified himself as an agnostic but now calls himself an 'independent Christian'.