Modern Writers and the Struggle for Faith 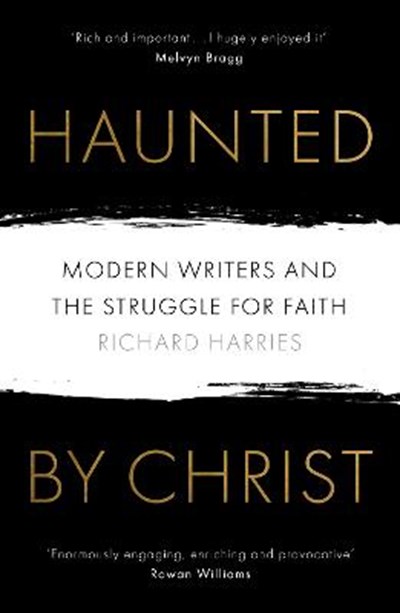 Modern Writers and the Struggle for Faith

QTY
Add to Basket
Publisher: SPCK Publishing
ISBN: 9780281079346
Number of Pages: 256
Published: 17/10/2019
Width: 12.9 cm
Height: 19.8 cm
Description Author Information Reviews
W. H. Auden, T. S. Eliot, William Golding, Elizabeth Jennings, C. S. Lewis, Flannery O'Connor, Stevie Smith . . . These are some of the great poets and novelists whose struggles with faith find expression in their works, and who demonstrate the fascinatingly different forms that faith can take in different times and places. Richard Harries considers the work of twenty of these writers, painting vivid pictures of their lives and times. He also provides numerous critically sympathetic insights into the spiritual dimension of their writings. The result is a book for readers of all religious persuasions, especially those who are fascinated by the ways in which faith is refracted through the lens of great poetry and fiction. Also by Richard Harries: The Beauty and the Horror (SPCK, 2016) 'A major new defence of Christianity that does not flinch from asking difficult questions about the kind of God who could have created our world.' The Bookseller 'A heartening book, confronting the hardest questions with wide knowledge and deep wisdom.' John Carey, Chief Literary Reviewer, Sunday Times 'An eloquent, honest and engaging case for Christian faith.' The Tablet 'A deeply interesting book.' Mary Warnock

Richard Harries is both a Fellow of the Royal Society of Literature and an Honorary Fellow of the Academy of Medical Sciences. After nineteen years as Bishop of Oxford he was made a Life Peer (Lord Harries of Pentregarth) and he remains active in the House of Lords on human rights issue. He is Emeritus Gresham Professor of Divinity and a Visiting Professor of Theology at King's College, London, where he was formerly Dean. His voice is well known to many through his regular contributions to the Today programme. Among his many highly commended books are The Beauty and the Horror (SPCK. 2016), described by Mary Warnock as 'a deeply interesting book', The Re-enchantment of Morality (SPCK, 2008), shortlisted for the Michael Ramsey Prize, and Art and the Beauty of God (Continuum, 1993), selected as book of the year by Anthony Burgess in The Observer.