Has the Church misunderstood the Apostle Paul? 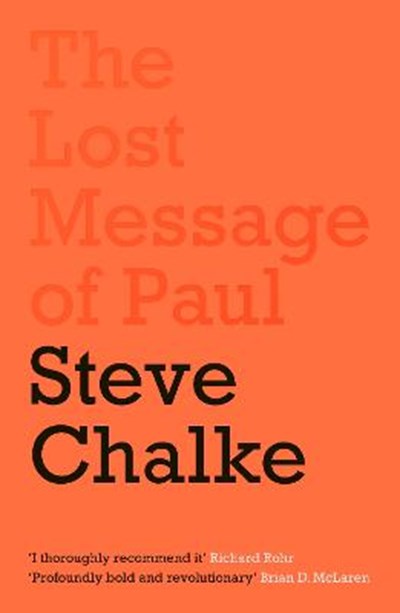 Has the Church misunderstood the Apostle Paul?

QTY
Add to Basket
Publisher: SPCK Publishing
ISBN: 9780281079407
Number of Pages: 256
Published: 20/06/2019
Width: 12.9 cm
Height: 19.8 cm
Description Author Information Reviews
We have misunderstood Paul, badly. We have read his words through our own set of assumptions. We need to begin with Paul's world view, to see things the way he saw them. * What if 'original sin' was never part of Paul's thinking? * What if the idea that we are saved by faith in Christ, as Luther argued, was based on a mistranslation of Paul's words and a misunderstanding of Paul's thinking? 'Over the centuries,' writes Steve Chalke, 'the Church has repeatedly failed to communicate, or even understand, the core of Paul's message. Although Paul has often been presented as the champion of exclusion, he was the very opposite. He was the great includer.' Steve Chalke MBE is a Baptist minister, founder and leader of the Oasis Charitable Trust, and author of more than 50 books.

Steve Chalke MBE is a British Baptist minister, the founder of the Oasis Charitable Trust - now one of the UK's largest charities - a former United Nations' Special Adviser on Human Trafficking and a sometimes outspoken Christian leader, popular public speaker and social activist. Steve is also the author of a large number of books and articles as well as a former presenter of, and now regular contributor and commentator on, television and radio.