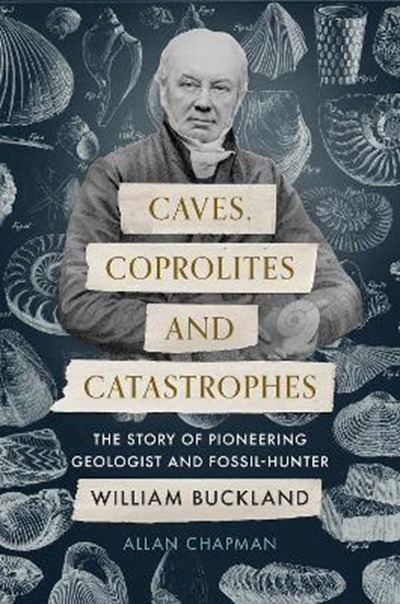 QTY
Add to Basket
Publisher: SPCK Publishing
ISBN: 9780281079506
Number of Pages: 320
Published: 20/08/2020
Width: 15.6 cm
Height: 23.4 cm
Description Author Information Reviews
'An irresistible biography of one of Oxford's most colourful characters.' John Hedley Brooke In 1824, William Buckland stood in front of the Royal Geological Society and told them about the bones he had been studying - the bones of an enormous, lizard-like creature, that he called Megalosaurus. This was the first full account of a dinosaur. During his life, Buckland would also demonstrate changes in the earth's climate, champion health reform, wage war on slum landlords, and become infamous for eating everything he could, even a mummified human heart. Yet his name has been largely, and unjustly, forgotten. In this brilliantly entertaining, colourful biography - the first to be written for over a century - Allan Chapman brings William Buckland back into the light and explores his fascinating life in full. From his pioneering of geology and agricultural science to becoming Dean of Westminster, Caves, Coprolites and Catastrophes reveals a giant of intellect whose achievements helped revolutionise the British scientific community. Carefully balancing Buckland's more eccentric escapades with his scientific prowess and the clash between science and religion in the 19th Century, Caves, Coprolites and Catastrophes is vivid, informative and thoroughly compelling. A captivating story packed full of compelling insights into the world of Victorian science and its relationship with the Christian faith, Caves, Coprolites and Catastrophes is an unmissable biography of an exceptional scientist whose legacy extends down to this day.

Allan Chapman FRAS is a world-renowned historian of science based at Wadham College, Oxford. He has appeared on a variety of television documentaries and on the BBC's The Sky at Night, as well as presenting Gods in the Sky and Great Scientists. His books include Comets, Cosmology and the Big Bang, Physicians, Plagues and Progress and Stargazers.