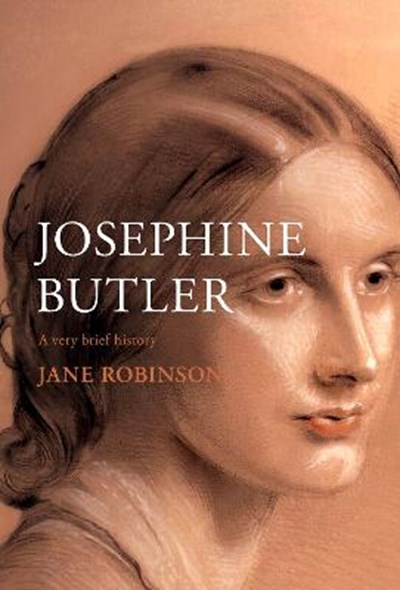 QTY
Add to Basket
Publisher: SPCK Publishing
ISBN: 9780281080625
Number of Pages: 96
Published: 15/10/2020
Width: 13 cm
Height: 19 cm
Description Author Information Reviews
When Josephine Butler died in 1906, she was declared by Millicent Fawcett to have been 'the most distinguished Englishwoman of the nineteenth century'. With impassioned speeches and fiery writing, Butler's campaigns for women's rights shook Victorian society to its core and became a force for change that has shaped modern Britain. As well as campaigning for women's suffrage and for married women's property rights she was a tireless advocate of women's access to higher education and of equality in the workplace. Her greatest achievement was to change social attitudes to women and children forced into prostitution, and to expose the sex-trafficking business - both of which resulted in new, more humane legislation. But how did the physically frail wife of a schoolmaster become a leading social reformer? In this brief introduction Jane Robinson explores Butler's fascinating life and describes how her progressive politics, her anger at injustice and her passionate Christianity combined to create a vibrant legacy that lasts to this day.

Jane Robinson is a British social historian specialising in the study of women pioneers. A Fellow of the Royal Geographical Society and an Honorary Senior Associate of Somerville College, Oxford, her recent books include Bluestockings: The Remarkable Story of the First Women to Fight for an Education (Penguin, 2010), A Force to be Reckoned With: A History of the Women's Institute (Virago, 2011), In the Family Way: Illegitimacy Between the Great War and the Swinging Sixties (Viking, 2015), Hearts And Minds: The Untold Story of the Great Pilgrimage and How Women Won the Vote (Doubleday, 2018) and Ladies Can't Climb Ladders: The Pioneering Adventures of the First Professional Women (Doubleday, 2020).