Dementia from the Inside

A Doctor's Personal Journey of Hope 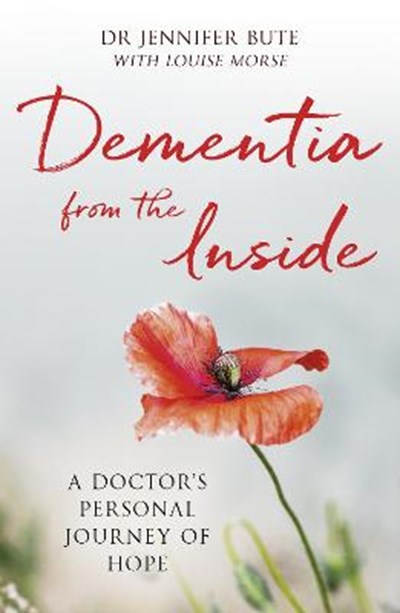 Dementia from the Inside

A Doctor's Personal Journey of Hope

QTY
Add to Basket
Publisher: SPCK Publishing
ISBN: 9780281080694
Number of Pages: 128
Published: 15/11/2018
Width: 12.9 cm
Height: 19.8 cm
Description Author Information Reviews
Jennifer Bute, author of Dementia from the Inside, was a highly qualified senior doctor in a large clinical practice, whose patients included those with dementia. Then she began to notice symptoms in herself. She was finally given a diagnosis of Young Onset Dementia in 2009. After resigning as a GP, Jennifer resolved to explore what could be done to slow the progress of dementia. She and Louise Morse decided to co-write this book, Dementia from the Inside as a practical resource for those who are living with dementia. The book tells readers what it's like to live with dementia, how to communicate with people with dementia, especially in the later stages. The book also explains disturbing behaviour - and what the best intervention can be. It also reflects on the question of Where is God in all this? With Jennifer's back story and mini case studies throughout, Dementia from the Inside not only takes readers inside dementia, but describes, from a professional medical background, how to understand and how to help others. Jennifer believes that her dementia is an opportunity as well as a challenge. Her important insights are that the person 'inside' remains and can be reached, even when masked by the condition, and that spirituality rises as cognition becomes limited.

DR JENNIFER BUTE, was a senior doctor in the largest clinical practice in Southampton where she helped diagnose and manage the care of patients with dementia. She was also a Fellow of the Royal College of General Practitioners, teaching medical students and doctors, before developing dementia herself. She lives in a dementia inclusive village. Louise Morse works with the Pilgrims' Friend Society, is a speaker and has a background in journalism. She is author of Could it be Dementia? (2008), Worshipping with Dementia (2010:), Dementia: Frank and Linda's Story, (2010) Dementia: Pathways to Hope (2015) and What's Age Got to Do with It? (2018).