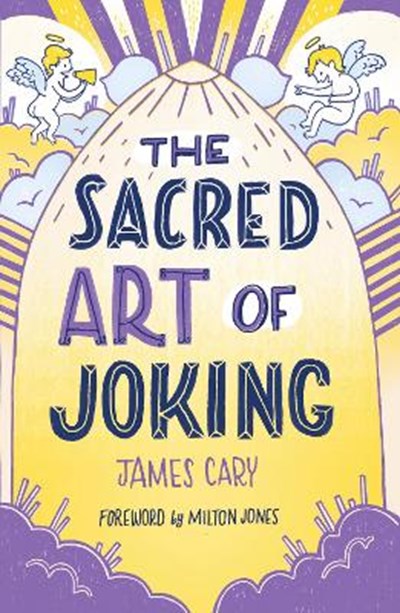 QTY
Add to Basket
Publisher: SPCK Publishing
ISBN: 9780281080922
Number of Pages: 160
Published: 17/01/2019
Width: 12.9 cm
Height: 19.8 cm
Description Author Information Reviews
An elegant treatise on how [the church] could lighten up its image.' The Times 'Having worked for many years at the coalface of comedy, sorting the dross from the combustible, James Cary is uniquely qualified to write this book.' Milton Jones, comedian and panellist on BBC2's Mock the Week Every few weeks a politician, pundit or soap star causes a media storm by making a gaffe or tweeting a joke that some people do not find funny. Comedy is very hard to get right and yet we think it's important to have a sense of humour and not take yourself too seriously. On the other hand, a sense of humour failure can lead to losing your friends, your twitter account, your job, your career and, in some cases, your life. James Cary knows about this. He is a sitcom writer who's written jokes about bomb disposal in Afghanistan (Bluestone 42), defended comments about Islam by Ben Elton on Newsnight, been on a panel with radical Muslim cleric Anjem Choudary, sits on the General Synod of the Church of England and somehow managed to co-write episodes of Miranda. An odd mix, but one that makes him very readable. This entertaining, breezy book, explains how comedy works (with jokes and quotes) and gives much-needed insights into the controversy surrounding humour.

James Cary is a BBC sitcom-writer (Miranda, Bluestone 42, Another Case of Milton Jones) and theologian. He's also a member of the General Synod for the Church of England, and has spent a lot of his life watching jokes (some of them his own) go horribly wrong. He runs a touring theatre company and performs. In 2017, he produced a 64-date tour of the UK of a show about Martin Luther and 95 Theses, called A Monk's Tale, which ran for two weeks at the Edinburgh Fringe. James is married with two children and lives in Somerset.