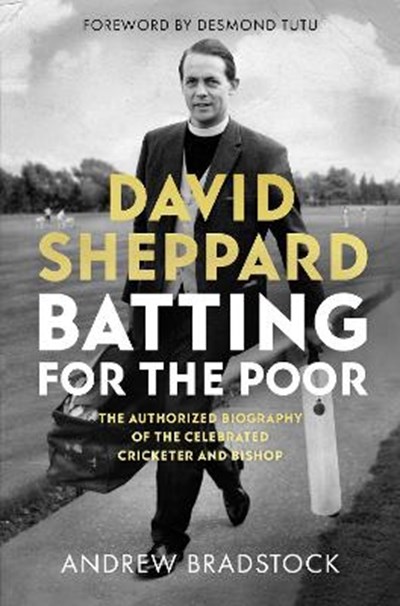 QTY
Add to Basket
Publisher: SPCK Publishing
ISBN: 9780281081059
Number of Pages: 376
Published: 21/11/2019
Width: 15.6 cm
Height: 23.4 cm
Description Author Information Reviews
From his time as Captain of England's cricket team to his pioneering work as Bishop of Liverpool, David Sheppard led a remarkable life. Now his story is told in full for the first time in this fascinating and insightful biography. Batting for the Poor draws on the papers left by Sheppard in the Liverpool Central Library as well as other archival material and more than 150 interviews conducted by Andrew Bradstock, all brought together to create a picture of a diligent and passionate man who helped break down divisions and turn Liverpool's fortunes around. Batting for the Poor is a vivid, entertaining biography that will be enjoyed by cricket fans, those interested in twentieth century history or the history of Liverpool and those interested in man that inspired so many as the Bishop of Liverpool. You will discover the story of an exceptional leader, and learn about the history of some of the divisions and struggles in the second half of the twentieth century that still impact society and culture in England today.

Andrew Bradstock is a Fellow of the Royal Historical Society and an emeritus professor of the University of Winchester. He established New Zealand's first Centre for Theology and Public Issues, and has been teaching and writing about the relationship between faith, politics and social engagement for over thirty years. David Sheppard: Batting for the Poor is his first biography.