East, West and the Search for Universal Values 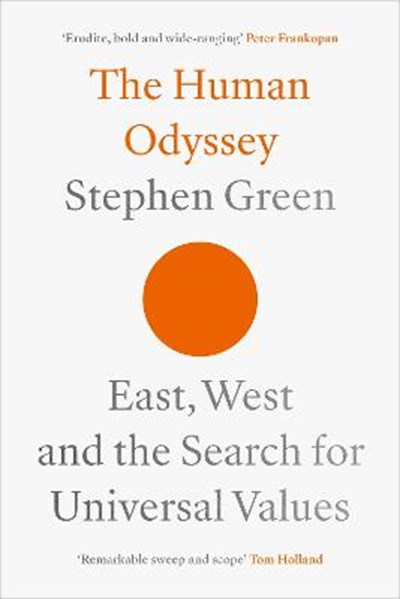 East, West and the Search for Universal Values

QTY
Add to Basket
Publisher: SPCK Publishing
ISBN: 9780281081134
Number of Pages: 352
Published: 19/09/2019
Width: 15.6 cm
Height: 23.4 cm
Description Author Information Reviews
'Erudite, bold and wide-ranging - a book that makes you think about knowledge, wisdom and what the future has in store.' PETER FRANKOPAN 'A book of remarkable sweep and scope - not just learned, but deeply humane.' TOM HOLLAND The long human odyssey of self-discovery has reached a crucial stage: everything we do affects everyone and everything else - and we know it. The next hundred years will bring more change than we can easily imagine: more opportunities for more people to achieve the fulfilment of a good life, and more risks that could result in catastrophic harm to the entire planet. Viewed geopolitically, the main question is whether the world-views of the world's most important and influential powers - China and America (the one fundamentally Confucian, the other essentially individualist) - can be made to work together constructively. At the same time, on a deeper level, the even greater question is how the irreversible fact of urbanisation may nurture healthy and mature human individuality, such that the accumulated wisdom of the world's great cultures becomes mutually transforming and enriching. This bold and wide-ranging book explores those questions, with all the risks and opportunities they hold for generations still to come.

Stephen Green served as group chairman of HSBC from 2005 to 2011 and was minister of state for trade and investment in the British government, retiring in 2013. He now chairs the Natural History Museum and Asia House, is an ordained priest in the Church of England and a member of the House of Lords. His previous books include Good Value: Reflections on Money, morality and an uncertain world (Penguin, 2010), European Identity: Historical and cultural realities we cannot deny (Haus Publishing, 2017) and Reluctant Meister: Germany and the New Europe (Haus Publishing, 2015), which was included in The Globalist's Top Books of 2015 and became a bestseller in Germany.