The Faraday Papers on Science and Religion 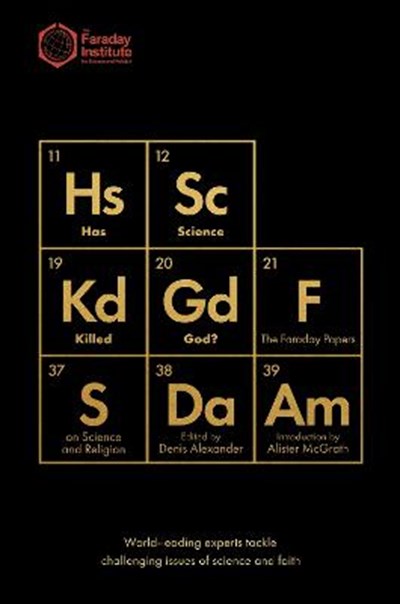 The Faraday Papers on Science and Religion

QTY
Add to Basket
Publisher: SPCK Publishing
ISBN: 9780281081332
Number of Pages: 240
Published: 21/11/2019
Width: 15.6 cm
Height: 23.4 cm
Description Author Information Reviews
World-leading experts tackle challenging issues of science and faith. Here are 20 papers from the Faraday Institute for Science and Religion, which is a UK educational charity, and a member of the Cambridge Theological Federation which is an affiliate of Cambridge University. In addition to academic research, the Institute engages in the public understanding of science and religion by means of courses, conferences, lectures, seminars and the media. The Faraday Papers provide the general reader with accessible and readable introductions to the relationship between science and religion, written by a broad range of authors who are expert in the field. They are intended to be read by those without a scientific background. Here they are collected for the first time into a single volume. Contributors include: Has Science Killed God? - Prof. Alister McGrath FRSA The Science and Religion Debate, an Introduction - Revd Dr John Polkinghorne KBE FRS Why Care for the Environment? - Prof. Sir John Houghton FRS Ethical Issues in Genetic Modification - Prof. John Bryant The Age of the Earth - Prof. Bob White FRS Creation and Evolution not Creation or Evolution - Prof. R.J. Berry FRSE

Denis Alexander is the Emeritus Director of the Faraday Institute for Science and Religion, originally founded at St Edmund's College, Cambridge, where he is a Fellow. Dr Alexander was previously Chairman of the Molecular Immunology Programme and Head of the Laboratory of Lymphocyte Signalling and Development at The Babraham Institute, Cambridge. Prior to that he was at the Imperial Cancer Research Laboratories in London (now Cancer Research UK), and spent 15 years developing university departments and laboratories overseas, latterly as Associate Professor of Biochemistry in the Medical Faculty of the American University of Beirut, Lebanon. There he helped to establish the National Unit of Human Genetics. He was initially an Open Scholar at Oxford reading Biochemistry, before obtaining a PhD in Neurochemistry at the Institute of Psychiatry in London. Dr Alexander writes, lectures and broadcasts widely in the field of science and religion. From 1992 to 2013 he was Editor of the journal Science & Christian Belief, and currently serves as a member of the executive committee of the International Society for Science and Religion. His Creation or Evolution: do we have to choose? proved particularly popular. He gave the Gifford Lectures at St Andrews University in 2012 and these were published by CUP in 2017 under the title Genes, Determinism and God. In April 2018 Monarch published his Is There Purpose in Biology?