God, Stephen Hawking and the Multiverse

What Hawking said and why it matters 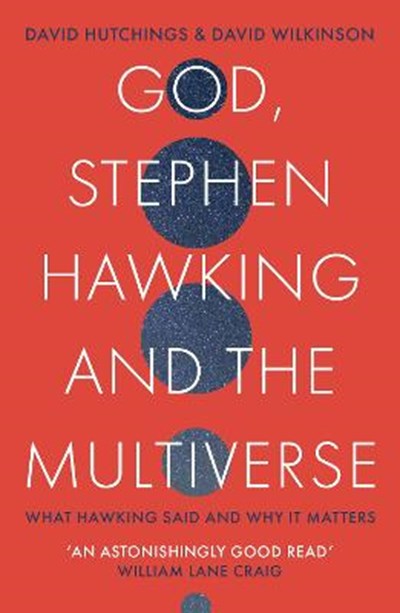 God, Stephen Hawking and the Multiverse

What Hawking said and why it matters

QTY
Add to Basket
Publisher: SPCK Publishing
ISBN: 9780281081912
Number of Pages: 192
Published: 16/01/2020
Width: 12.9 cm
Height: 19.8 cm
Description Author Information Reviews
Stephen Hawking kept breaking rules. Given two years to live, he managed another 54. He wrote about quantum cosmology - and sold 20 million books. He could not speak, yet the world recognized his voice. Hutchings and Wilkinson shine light on his extraordinary ideas. The result is a thought-provoking theological commentary and critique of black holes, origins, many universes, and Big Questions. In 'God, Stephen Hawking and the Multiverse', Hutchings and Wilkinson explain the key elements of Stephen Hawking's physical and mathematical theories, consider their philosophical and religious implications, and relate his ideas to traditional Judaeo-Christian concepts of God. This book about Stephen Hawking and God and the relationship between God and science gives a brief but engaging overview of the history of physics and cosmology. Perfect for beginners, 'God, Stephen Hawking and the Multiverse' offers a concise and accessible introduction to Hawking's work and how his contributions to modern physics and cosmology can complement religion. Exploring topics such as gravity, quantum mechanics and general relativity, the authors offer a fresh perspective on the relationship between God and science, providing a balanced and informed commentary on Hawking's work both scientifically and theologically.

David Hutchings is a Physics teacher at Pocklington School near York, England. A Fellow of the Institute of Physics, he has written several books about the relationship between science and religion and speaks regularly on the topic around the country at conferences, schools, universities, and churches. David has also run multiple training events for science teachers, specializing in dealing with common misconceptions in the discipline. He lives in York with his wife and two young daughters. David Wilkinson is Principal of St John's College and Professor in the Department of Theology and Religion at Durham University. He lives in Newcastle with his wife Alison and has two grown up children. He is a writer and speaker on Christianity and Science not just in the UK but around the world. He has doctorates in astrophysics and theology and is a Fellow of the Royal Astronomical Society. He is a Methodist minister, and author of many books.