Joe's Bros and the Bus That Goes 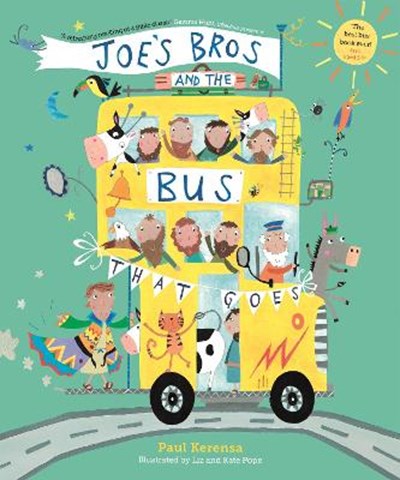 Joe's Bros and the Bus That Goes

QTY
Add to Basket
Publisher: SPCK Publishing
ISBN: 9780281082643
Number of Pages: 32
Published: 17/10/2019
Width: 21.5 cm
Height: 25.8 cm
Description Author Information Reviews
Joe's got a problem. In fact, he's got eleven - they're called 'brothers'. And they're not too happy about Joe and his new coat. When his bros boot him off the bus, Joe's kicked down the street: past the suit shop, past Potty's mansion, through prison and onto...the palace? With fabulous illustrations throughout from the Pope Twins, be entertained and enchanted by this modern-day rhyming retelling of the story of Joseph, his coat, and the plans that God has for him.

Paul Kerensa is a stand-up comedian and scriptwriter for Miranda, Not Going Out and most recently, TFI Friday and Top Gear. He is a previous winner of ITV's Take the Mike award and appears regularly on BBC Radio 2's Pause for Thought. Liz and Kate Pope are sisters who love illustrating together. They studied at Chesterfield Art College and Staffordshire University, graduating together in 2001. They have illustrated over 35 children's books, as well as card ranges, stationery sets and art prints.