Twice-Rescued Child: An orphan tells his story of double redemption 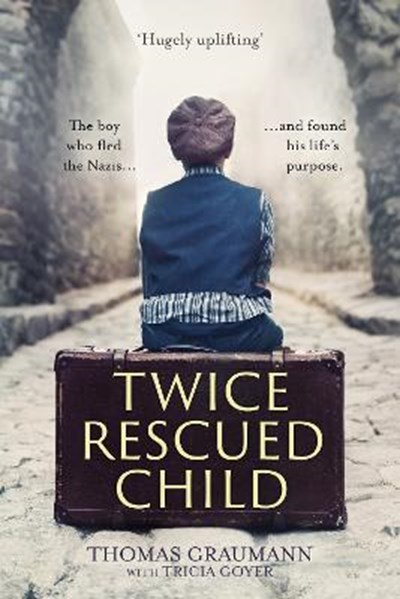 Twice-Rescued Child: An orphan tells his story of double redemption

QTY
Add to Basket
Publisher: SPCK Publishing
ISBN: 9780281083121
Number of Pages: 192
Published: 17/10/2019
Description Author Information Reviews
Aged eight, Thomas Graumann excitedly boarded a train in Prague, Czechoslovakia, to embark on what he believed was a three-month holiday. "Go to Britain, learn English, and when the Germans leave, you can come home again," his mother assured him. Thomas carried two suitcases and a bag of food. At the time he knew his country had been taken over by the Germans and now was under Nazi control. That was the last he would see of his mother and most of his Jewish family, who died in concentration camps. He had also never heard of Nicholas Winton, the hero who saved 669 children (Thomas was one of the last, #652), transporting them from Czechoslovakia to the UK to save their lives. This was Thomas' first rescue, aboard what became known as the Kindertransport. His second came a year later when an evangelist from the Scottish village he was taken to for safety shared the good news of Jesus Christ with him. Saying a prayer on bent knee, Thomas' soul was rescued, and he soon dedicated himself to missionary service, which he fulfilled as an adult in the Philippines, eventually moving to the U.S. But his missionary zeal returned after the fall of Communism-and the return of his grandmother's property to his family. Both actions ushered in a way for him to return to the Czech Republic. The former rescued child was now free to travel throughout his homeland, speaking in schools of how he was rescued ... not once, but twice.

Tricia Goyer is the mother of ten, grandmother of two, and author of more than 70 books, both fiction and non-fiction. In addition to her roles as mother, wife and author, she volunteers around her community and mentors teen mothers. More details at www.triciagoyer.com.