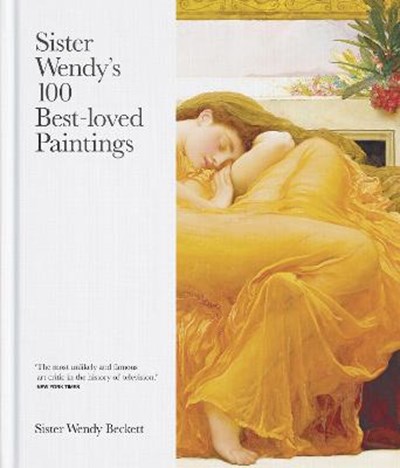 QTY
Add to Basket
Publisher: SPCK Publishing
ISBN: 9780281083305
Number of Pages: 232
Published: 19/09/2019
Width: 23.5 cm
Height: 27.5 cm
Description Author Information Reviews
'Sister Wendy's deep and insightful commentaries are utterly unique. You will want this splendid book for yourself but also to give to others.' Delia Smith Hailed by The New York Times in 1997 as 'the most unlikely and famous art critic in the history of television', Sister Wendy Beckett went on to present numerous TV documentaries and published over thirty popular books on art history and appreciation. Shortly before she died in December 2018, and nearly thirty years on from her first book, Sister Wendy was working with SPCK on an anthology of her all-time favourite paintings. The result is this enthralling collection, which will delight her many fans all over the world while also inspiring a new generation of art lovers as they develop their understanding of the depths and subtleties of some of the world's greatest works of art.

Sister Wendy Beckett (1930-2018) was a Carmelite nun, consecrated virgin and art historian who became world famous in the 1990s when she presented a series of BBC documentaries on the history of painting. She was the author of over thirty books, including the internationally bestselling The Story of Painting (Dorling Kindersley, 1997). Her most recent books include Sister Wendy's Bible Treasury (SPCK, 2012) and The Art of Lent (SPCK, 2017).