My Life as a Cop: As Portrayed on SMALL AXE, A Collection of Five Films 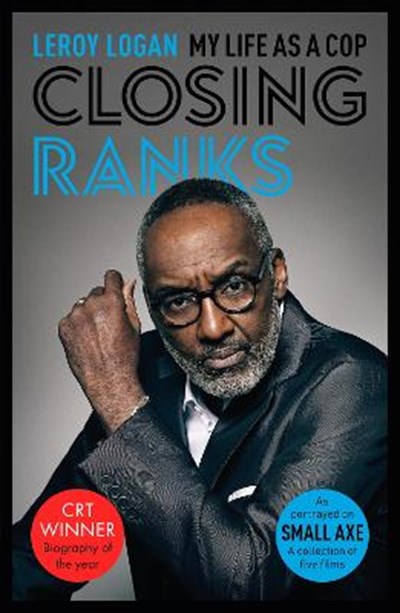 My Life as a Cop: As Portrayed on SMALL AXE, A Collection of Five Films

Publisher: SPCK Publishing
ISBN: 9780281083473
Number of Pages: 256
Published: 16/09/2021
Width: 12.9 cm
Height: 19.8 cm
Description Author Information Reviews
'I was amazed and intrigued by the way Leroy had stood his ground and progressed within the Metropolitan Police against so many obstacles: hostility, outright racism and being repeatedly overlooked for promotion.' Steve McQueen, from the Foreword Discover the incredible true story behind Steve McQueen's critically acclaimed film Small Axe: Red, White and Blue in Closing Ranks. Leroy Logan's inspiring autobiography tells of an illustrious career and gives a fascinating behind the scenes look at the workings of the Metropolitan Police. One of the founder members of the Black Police Association Charitable Trust, Leroy relates with powerful honesty his first-hand experience of racism, and how his strong Christian faith helped him persevere in a frequently hostile work environment. Offering encouragement to other Black officers, Leroy's passion for good policing shines through, as does his touching concern to guide and empower young people. Closing Ranks will motivate anyone who wants to deepen their understanding of race relations in Britain over the last thirty years. It's a compelling autobiography from a successful Black man who has truly made a difference. 'This is a story that needs telling.' Patrick Regan OBE, Kintsugi Hope 'Leroy Logan is a great example of achievement against all the odds.' The Rt Revd Rose Hudson-Wilkin, Bishop of Dover

Dr Leroy Logan, MBE, worked in the Metropolitan Police for 30 years, reaching the rank of Superintendent before retiring. Born in 1957 to Jamaican parents, he is a proud Londoner and a staunch Arsenal fan. He works now as an advocate for good relationships between the police and Britain's minority ethnic communities, a mentor to young people, and an advisor on knife crime. Closing Ranks is his first book, and his story was brilliantly brought to life by John Boyega in Small Axe: Red White and Blue, part of Steve McQueen's multi award-winning film anthology.