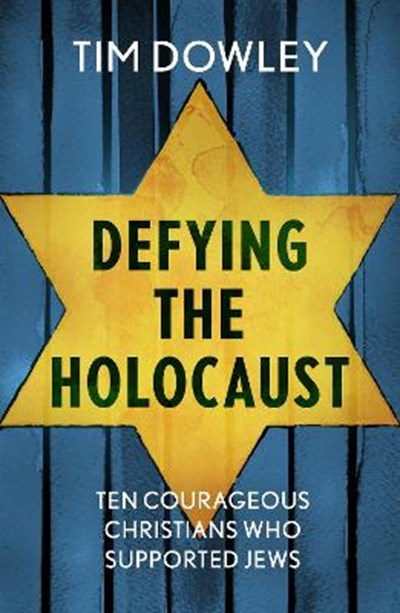 eBook FAQ
Add to Basket
Publisher: SPCK Publishing
ISBN: 9780281083626
Number of Pages: 192
Published: 16/01/2020
Width: 12.9 cm
Height: 19.8 cm
Description Author Information Reviews
During the Second World War, Christians from many nations and denominations stepped forward with courage, ingenuity and determination to protect and rescue Jews from the Holocaust. In Defying the Holocaust, Tim Dowley shares the stories of ten of these extraordinary women and men. From the Most Unorthodox Nun: Mother Maria of Paris to Committed Swedes: Pastors Erik Perwe and Erik Myrgren, Tim Dowley introduces an array of brave Christians, and tells the reader about the incredible lengths they went to in order to help rescue the Jews. In Defying the Holocaust each of their stories is accompanied by photos of the individuals themselves and further photos to add context to their stories. Christians and those fascinated by stories about the Holocaust will find Tim Dowley's book to be incredibly inspiring, a reminder that these ten brave men women and men stood up to the cruelty of the times.