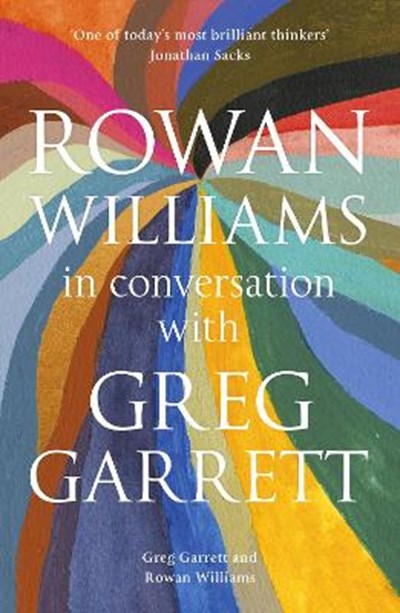 eBook FAQ
Add to Basket
Publisher: SPCK Publishing
ISBN: 9780281083718
Number of Pages: 128
Published: 21/05/2020
Width: 12.9 cm
Height: 19.8 cm
Description Author Information Reviews
Millions have read his words or heard him speak. Now in this book by Rowan Williams and Greg Garrett, there's a chance to find out more about the man behind the books and speeches. 'Rowan Williams in Conversation' allows the reader to be a fly on the wall as two friends - one the former Archbishop of Canterbury, the other 'one of America's leading voices on religion and culture' (BBC Radio) - talk about their shared passions and interests. 'Rowan Williams in Conversation' is Williams at his most relaxed and personal, offering unique insights into his most heartfelt beliefs and enthusiasms. Listen in as he reflects with Greg Garrett on the vital pursuits that have characterized his life and ministry: among them, friendship, imagination, popular culture, faith and politics, prayer, and the blessings of sacred community. Greg Garrett and Rowan Williams' book is a unique opportunity to sample the rich and wide-ranging thought of Williams, as he talks about the though-provoking spiritual issues and intellectual passions that are most dear to his heart.

Rowan Williams was formerly the Archbishop of Canterbury and is now Master of Magdalen College, Cambridge. His most recent books include The Lion's World: A journey into the heart of Narnia (2012), Dostoyevsky: Language, Faith and Fiction (2011), Tokens of Trust: An Introduction to Christian Belief (2007), Grace and Necessity: Reflections on Art and Love (2006) and Silence and Honey Cakes: The Wisdom of the Desert (2004).