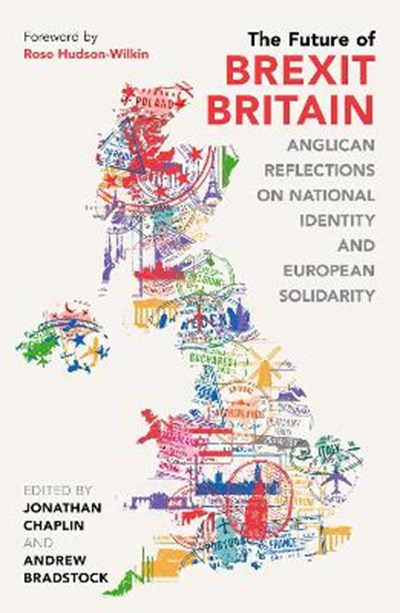 QTY
Add to Basket
Publisher: SPCK Publishing
ISBN: 9780281084296
Number of Pages: 256
Published: 15/10/2020
Width: 12.9 cm
Height: 19.8 cm
Description Author Information Reviews
The idea of British identity has been thrown into question by the debates around the EU Referendum, but now that Brexit is here, it's time to think positively and constructively about Britain's future. How might Britain as a multinational state understand its own defining moral and political commitments in relation to its European neighbours? And if, as many suggest, a resurgence of English nationhood has been the driving force behind Brexit, how might the Church of England, as the 'national Church', respond to this and the many other missional challenges it faces? Those of us still wondering what to make of Brexit - including thoughtful Christians, politicians, journalists, think-tanks and religious leaders - will find much to stimulate thought and discussion here. The contributors have a wealth of specialist knowledge of Brexit and the EU; they draw on this and the legacies of Anglican - and more broadly Christian - social and political theology to offer their rich and nuanced responses to a range of crucial questions.

Dr Jonathan Chaplin is a Member of the Divinity Faculty, University of Cambridge, Theos Research Associate and co-editor with Gary Wilton of God and the EU (Routledge, 2016). Professor Emeritus Andrew Bradstock has been researching, teaching and writing about the relationship between faith, politics and social engagement for more than 30 years. From 2009-13 he was inaugural Howard Paterson Professor of Theology and Public Issues at the University of Otago where he established and directed New Zealand's first Centre for Theology and Public Issues. He is the author of David Sheppard: Batting for the Poor: The authorized biography of the celebrated cricketer and bishop (SPCK, 2019).