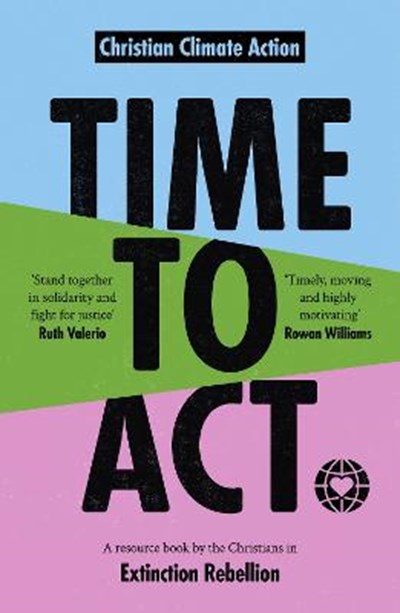 QTY
Add to Basket
Publisher: SPCK Publishing
ISBN: 9780281084463
Number of Pages: 320
Published: 20/02/2020
Width: 12.9 cm
Height: 19.8 cm
Description Author Information Reviews
'The climate crisis is the biggest issue facing humanity today. . . It is only together that we can make a difference.' Amanda Khozi Mukwashi, Christian Aid Written by members and friends of Christian Climate Action, this stimulating resource book sets out the moral and religious case for joining the struggle against climate change. It reflects on the Christian tradition of non-violent direct action, and offers deeply moving testimonies by those engaged in such protests today, along with powerful sermons, prayers, liturgies and other spiritual resources. Now is the time to act! Don't let it pass you by! 'This is a landmark book. It is nothing short of an invitation to join the holy uprising of people sweeping the globe who will not be silent in the face of the destruction of God's earth.' Shane Claiborne, Red Letter Christians

Christian Climate Action is a community of Christians committed to prayerful direct action and public witness in response to climate breakdown. Inspired by Jesus Christ, and social justice movements of the past, CCA carries out acts of non-violent protest to urge those in power to make the changes needed. For more information, visit the CCA website: www.christianclimateaction.org The general editor and spokesperson for this project is Jeremy Williams. Jeremy is an independent writer and campaigner specializing in communicating social and environmental issues to a mainstream audience. As well as his work with Extinction Rebellion, he has worked on projects for Oxfam, RSPB, WWF, Tearfund and many others. He is a co-founder of the Postgrowth Institute and co-author of The Economics of Arrival: Ideas for a grown up economy (Policy Press, 2019). His award winning website, The Earthbound Report, was recognised as Britain's number one green blog in 2018. For more information, visit Jeremy's blog at: www.earthbound.report/about