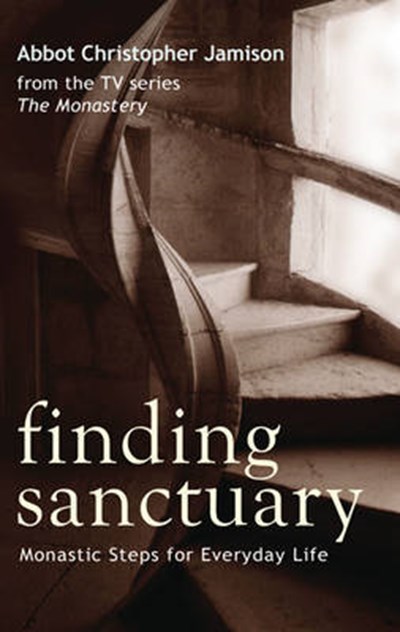 QTY
Add to Basket
Publisher: Orion Publishing Co
ISBN: 9780297851325
Published: 27/04/2006
Description Author Information Reviews
Have you ever wondered why everybody these days seems so busy? In 'Finding Sanctuary', Father Christopher Jamison, the Abbot from BBC TV's 'The Monastery', offers practical wisdom from the monastic tradition on how to build sanctuary into your life. In 'The Monastery', the Abbot guided five modern men (and three million viewers) into a new approach to life and this book now offers the reader a similar opportunity. No matter how hard you work, being too busy is not inevitable. Silence and contemplation are not just for monks and nuns, they are natural parts of life. Yet to keep hold of this truth in the rush of modern living you need the support of other people and sensible advice from wise guides. By learning to listen in new ways, people's lives can change and the abbot offers some monastic steps that help this transition to a more spiritual life. In the face of many easy assumptions about the irrelevance of religion today, Father Christopher makes religion accessible for those in search of life's meaning and offers a vision of the world's religions working together as a unique source of hope for the 21st century.

Abbot Christopher Jamison is the Abbot of the Benedictine Monastery, Worth Abbey, which featured in the BBC documentary series 'The Monastery' (3 million viewers).

"...Abbot Christopher Jamison, who became known to viewers when his Benedictine order featured in the BBC TV series The Monastery, has written a guide to finding sanctuary. I will certainly read it because he's fascinating with seeking peace and spirituality in everyday life... very charismatic... generous with his insights, but never self-righteous, smug or preachy... his guidance is spot on. Heaven knows, most of us need all the peace we can get." -- RICHARD & JUDY DAILY EXPRESS 'Anyone who enjoyed the surprise hit television series The Monastery should be delighted with Christopher Jamison's book... by the end I was left with the definite impression that the author himself is a sincere and honorable man who sees, in the best aspects of the Rule of Benedict, a genuine solution to the abominable problems of modern living.' SUNDAY TELEGRAPH "lucid and insightful book... Its gentle, understanding but uncompromising stance should encourage many to revise their estimate of the need for what is her termed "classic religion" and, ultimately, for God." THE TABLET "A thoughtful, comforting and eminently practical book." GOOD BOOK GUIDE