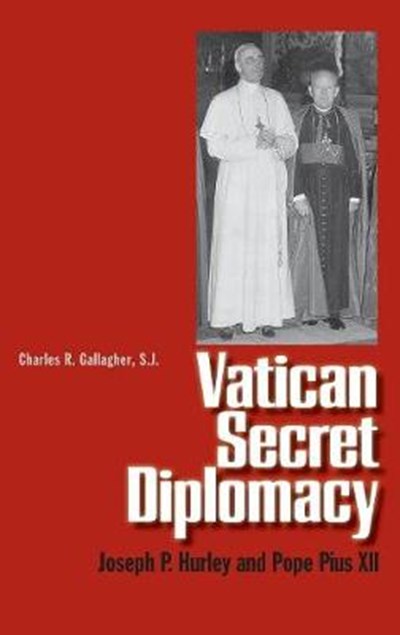 Publisher: Yale University Press
ISBN: 9780300121346
Number of Pages: 304
Published: 03/06/2008
Width: 16.6 cm
Height: 23.6 cm
Description Author Information Reviews
In the corridors of the Vatican on the eve of World War II, American Catholic priest Joseph Patrick Hurley found himself in the midst of secret diplomatic dealings and intense debate. Hurley's deeply felt American patriotism and fixed ideas about confronting Nazism directly led to a mighty clash with Pope Pius XII. It was 1939, the earliest days of Pius's papacy, and controversy within the Vatican over policy toward Nazi Germany was already heated. This groundbreaking book is both a biography of Joseph Hurley, the first American to achieve the rank of nuncio, or Vatican ambassador, and an insider's view of the alleged silence of the pope on the Holocaust and Nazism. Drawing on Hurley's unpublished archives, the book documents critical debates in Pope Pius's Vatican, secret U.S.-Vatican dealings, the influence of Detroit's flamboyant anti-Semitic priest Charles E. Coughlin, and the controversial case of Croatia's Cardinal Stepinac. The book also sheds light on the powerful connections between religion and politics in the twentieth century.

Charles R. Gallagher is currently engaged in theological studies at Heythrop College, University of London. He is the author of Cross and Crozier: A History of Catholicism in the Diocese of St. Augustine.

"Joseph P. Hurley, though a little-known figure, was at the center of many intriguing diplomatic episodes. Gallagher tells his story with gusto and makes worthwhile contributions to scholarship."--James O'Toole, Boston College